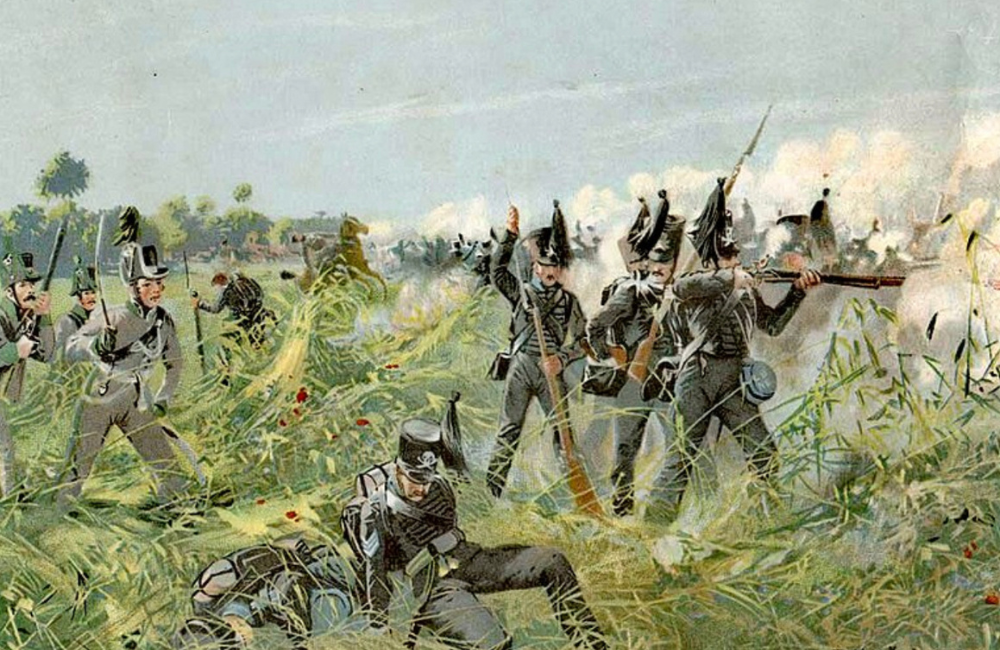 The german contribution to the battle of waterloo

The German contribution to the Battle of Waterloo consisted of much more than the Prussians arriving in the nick of time.  It is a little-known fact that, without a large contingent of German soldiers under his direct command, Wellington could not have made a stand at Waterloo. The talk will highlight the crucial role Germans played in this campaign, including the critical importance of the King’s German Legion effort to hold the La Haye Sainte farmhouse. It will also touch on the aftermath in Paris and briefly investigate the public reception of the Battle in Germany today.

This talk is in English.