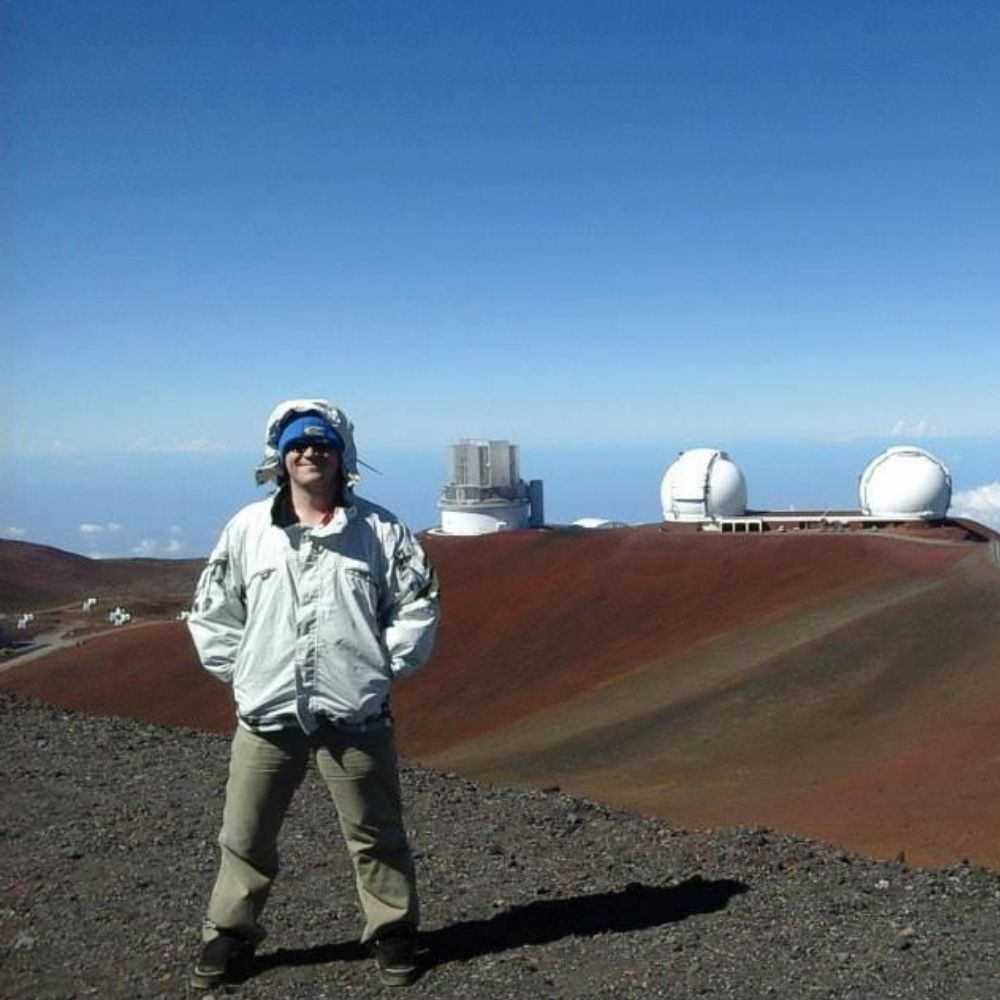 We asked Dr. Dan Batcheldor a few questions ahead of his Q&A event exploring the lunar south pole environment on Friday 10 September.

1) Tell us about your background in Bath and how you developed an interest in astrophysics.

I attended King Edwards on Broad Street, being the last cohort to attend all four years in the old building, and then moved over to North Road. As soon as I was old enough I delivered papers around Bathampton everyday, and sometimes twice a day. Then when I got a little older I joined the 6th Battalion Light Infantry TA HQ company operating out of the Upper Bristol Road opposite Vicky Park (I think it’s a recycling centre now). In the lower sixth at KES I took a career survey that said I should become an astronomer. So I applied to several universities and chose the University of Hertfordshire for my undergraduate degree. During my undergraduate degree I spent a placement year at the Isaac Newton Group on the Canary Islands operating the 1.0-m Jacobus Kapteyn Telescope. That year, plus graduating top of my class, really confirmed the career survey got it right in my case. I had an offer of a sponsorship to Sandhurst from the RGBW to become a commissioned officer in the British Army. But two weeks before I had to confirm my acceptance, I was offered a PPARC sponsored PhD position at the University of Hertfordshire. The opportunity to get a PhD in astrophysics was too great to pass up, and if it all went wrong I had a strong back up plan. However, it all seemed to go right.

2) Which is Easier to Explain: Black Hole or Rugby Scrum?

I’m sure Nigel Owens and I could have a great chat about that.

It depends on how much detail you want. For the basics, black holes only have three parameters (mass, spin, and charge). However, the basics of scrummaging are not so simple. On the other hand, when considering the advanced effects a spinning black hole has on spacetime, or indeed two inspiralling black holes, then one needs to numerically solve Einstein’s field equations. In that case, a scrum must certainly be easier to explain.

3) Recent years have brought heightened focus on the teaching of science, technology, engineering and math, the so-called STEM subjects. What is the key to nurturing the next generation of astrophysicists?

We have to carefully cultivate the natural curiosity all kids have, and not squeeze out their passion for learning by passing them through a dry industrialised education system that does not focus on innate talent or creativity. Astronomy is a great way to do that; it’s the thesis of my book 🙂

4) Previously you told us about the use of high contrast ratio imaging in the search for exoplanets. How is that technology developing now?

Astrophysicists are directly imaging more and more extrasolar planets with rapidly advancing technologies coupled with sophisticated computational techniques. The high contrast ratio imaging technology I’ve previously used is now being evaluated for use as a lunar environment imager. I’ll talk a little about this on Friday.

5) You have been involved with the Hubble Space Telescope and New Horizons and now the astronaut led Artemis Mission: how do you see the balance between robotic and human exploration of Space?

Don’t miss Dr. Batcheldor on Friday 10 September as he discusses the effects of dust and the sun angle on lunar surface operations. Learn more about the event here.

Image from Dan’s website: “That’s me, on a mountain, about to do one of my jobs.”