Who is Professor Ichthyosaurus? And what connects him to our Collections Manager? 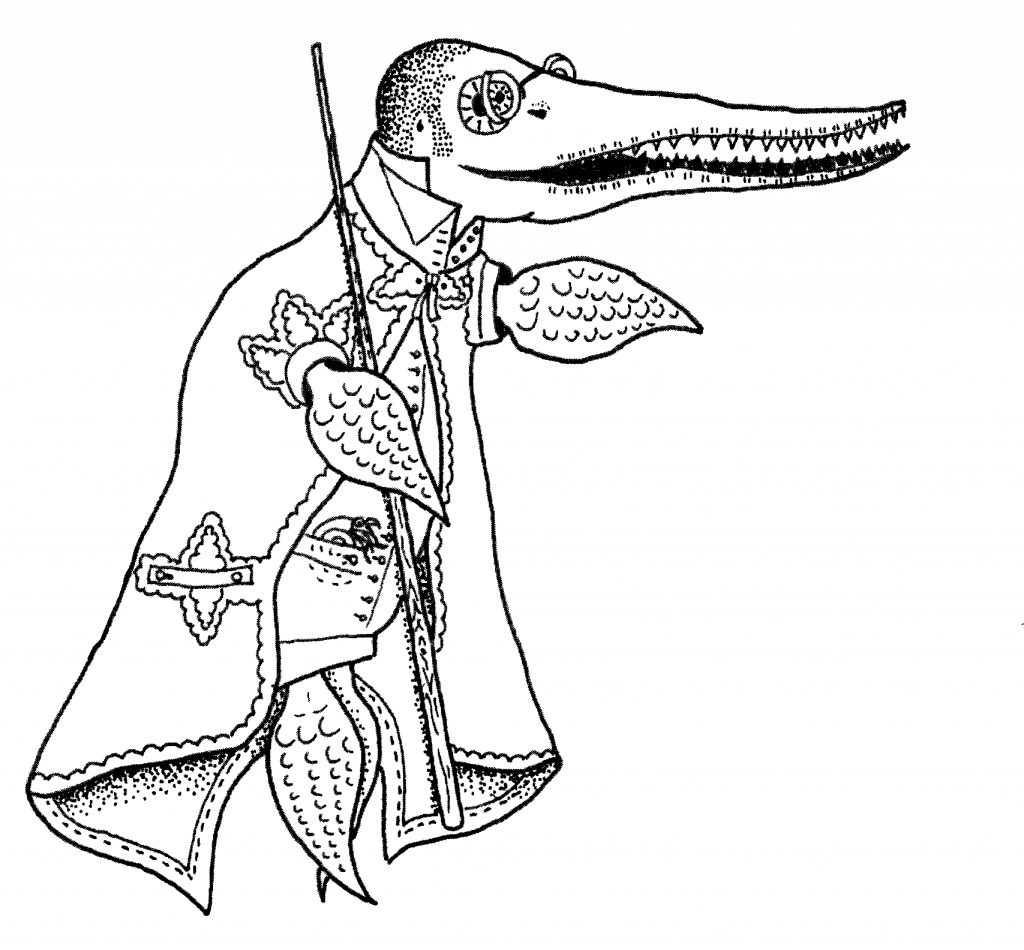 Drawn by our Collections Manager when he was still a student studying Palaeobiology, Professor Ichthyosaurus is a character adapted* from an 1830 drawing by the great geologist Sir Henry Thomas De la Beche. (* aka pinched, stolen, plagiarised)
As well as being a key figure in the development of the science of geology, De la Beche was a cartoonist and satirist. The original cartoon was a jest about Charles Lyell’s proposal that geological time was cyclical. 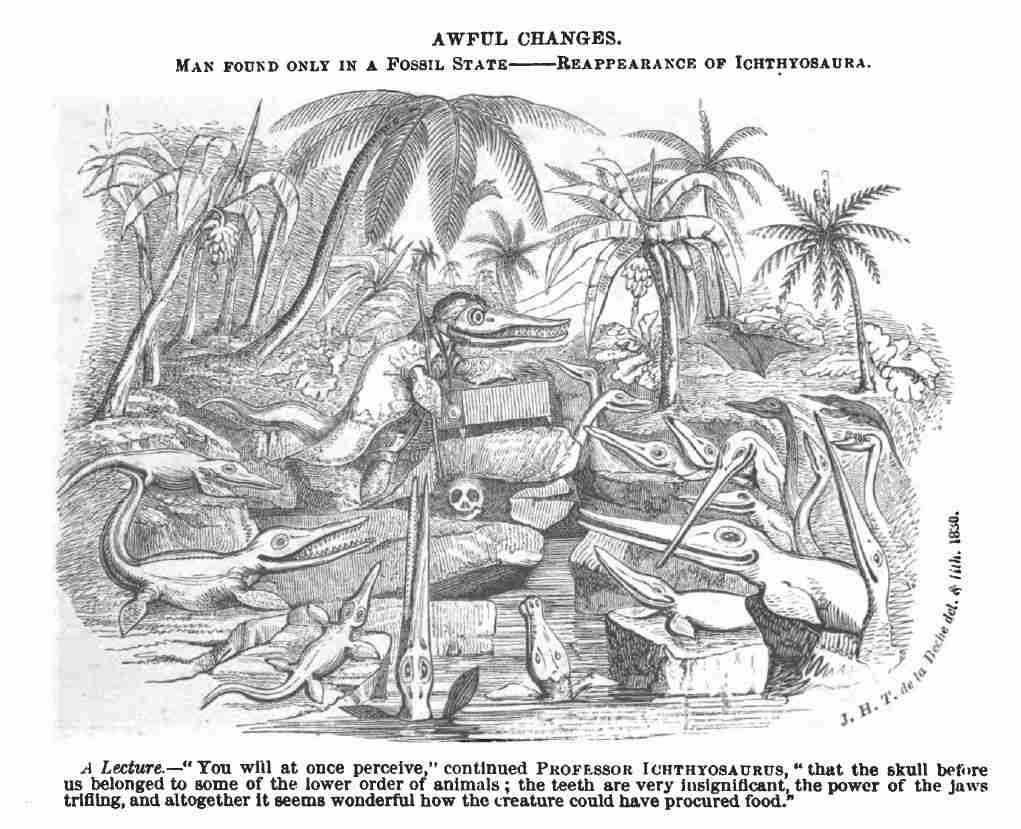 The caption reads:  ‘You will at once perceive’ continued Professor Ichthyosaurus, ‘that the skull before us belonged to some of the lower order of animals; the teeth are very insignificant, the power of the jaws trifling, and altogether it seems wonderful how the creature could have procured food.’
But why should Professor Ichthyosaurus be relevant to the BRLSI in 2020? Well, the BRLSI once displayed many fine ichthyosaur specimens, most of which were part of the collection of Charles Moore… that is, until another (and greater) international crisis, the outbreak the Second World War.

Sparing the details, we have never again had opportunity to display all these specimens, most of which have been on loan to the National Museum of Wales, Cardiff, since 1963. So, during the COVID-19 pandemic, who better to present Objects from Lockdown?