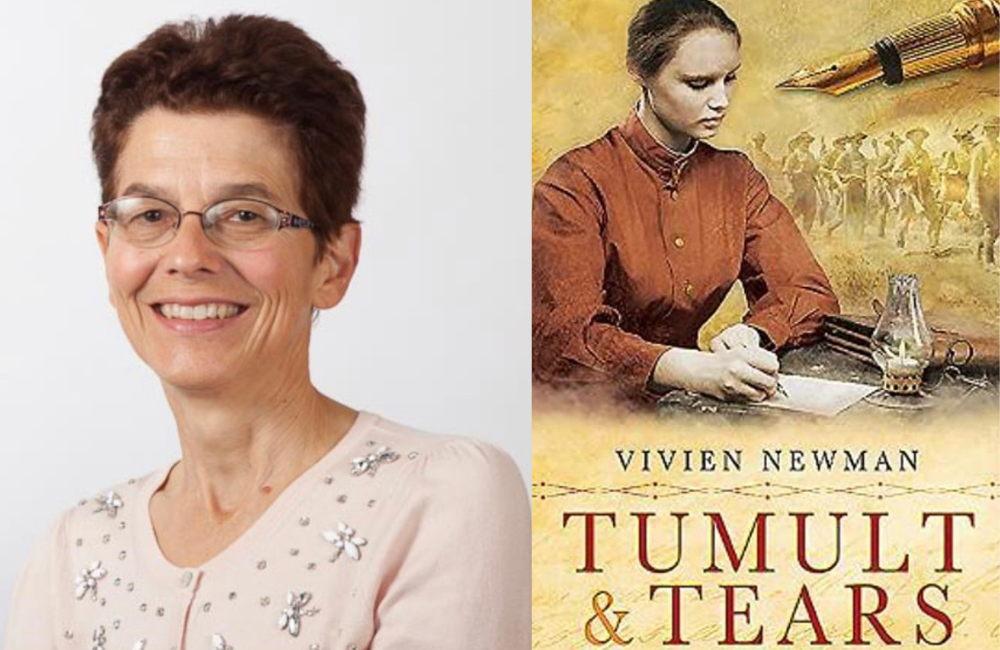 Weaponless not wordless: WW1 through the eyes & lives of female poets

For most British people, the term ‘War Poets’ is synonymous with the work of a small group of young officers whose poetry has for a century dominated our understanding of the First World War.  Yet over 2,000 poets were published between 1914 and 1918, of which 500 were women.  Heart-breaking, entertaining and deeply informative, this treasure trove of almost completely neglected poetry written by both serving and civilian women and girls gives an alternative view of the Great War as seen through the eyes and lives of its women poets.

In this talk based on her book Tumult and Tears historian Vivien Newman demonstrates how women’s war poetry, like that of their male counterparts, was largely based upon their day-to-day lives and contemporary beliefs. Poems are placed within their wartime context.