Miriam Rothschild became one of Britain’s leading naturalists and a world authority not only on fleas and butterflies, but also research into parasites and their hosts.   Without any formal academic status, Dame Miriam became an expert in so many fields that, in her lifetime, she was awarded eight honorary doctorates and a fellowship of the Royal Society.
Dame Miriam was in essence an individualist, with a flamboyant style of dress. She was brought up surrounded by great wealth, being a descendant of the renowned Rothschild banking family who owned one of the largest private fortunes in the world.
Charles, her father, himself a keen naturalist, whilst in Egypt, had discovered and named the rodent flea Xenopsylla Cheopsis Rothschild  the vector responsible for transmitting bubonic plague (the Black Death), which killed millions of people..
Miriam was born in 1908, lived throughout her life and died in 2005 at Ashton Wold , the family home built by her father.  From an early age Miriam was involved in her father’s studies of plants, insects, in their habitat and in local wildlife.   She was devoted to her father and bereft at his premature death.   Indeed, in his memory, she spent the decades between 1953 and 1983 meticulously cataloguing six volumes of her father’s collection of fleas now in the Rothschild Collection at the British Museum.  The jumping of fleas became of her research interests.   She kept them in polythene bags in her bedroom so that her children would not disturb them.  A chronic insomniac, she would look after her children by day, carrying out her research work and writing her numerous scientific papers by night.   She also did research on the life and breeding cycle of the rabbit flea, the carrier of myxamatosis. She found that the rabbit flea co-ordinated its breeding cycle with the pregnant rabbit so the fleas were ready to infect the young rabbits.
As a child she helped her father with his butterfly collecting and later published “The Butterfly Gardener” and other books with a view to encouraging and promoting the study of the 59 known species in the UK.
Later, in the 1970s, she became a wildflower gardening pioneer ecologist championing the return of weeds and natural plants to the gardens, fields and hedgerows from which they had been obliterated by the overuse of fertilisers.  She converted her garden at Ashton to a wildflower haven and in 1982 met and corresponded with Prince Charles over the planting of several hectares of pastureland at Highgrove with seed which she herself had produced.  Ashton Estate wildflower seeds are still available, any profits therefrom going to charity.
Regrettably, in 1941, many of her research samples were lost when the laboratory where she worked at the Marine Biological Association in Plymouth was bombed.   Miriam, who was fluent in several European languages, spent much of the war at Bletchley Park decoding German wireless messages for the Enigma project. 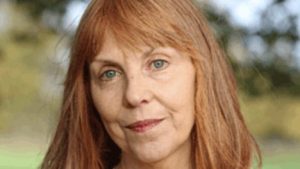