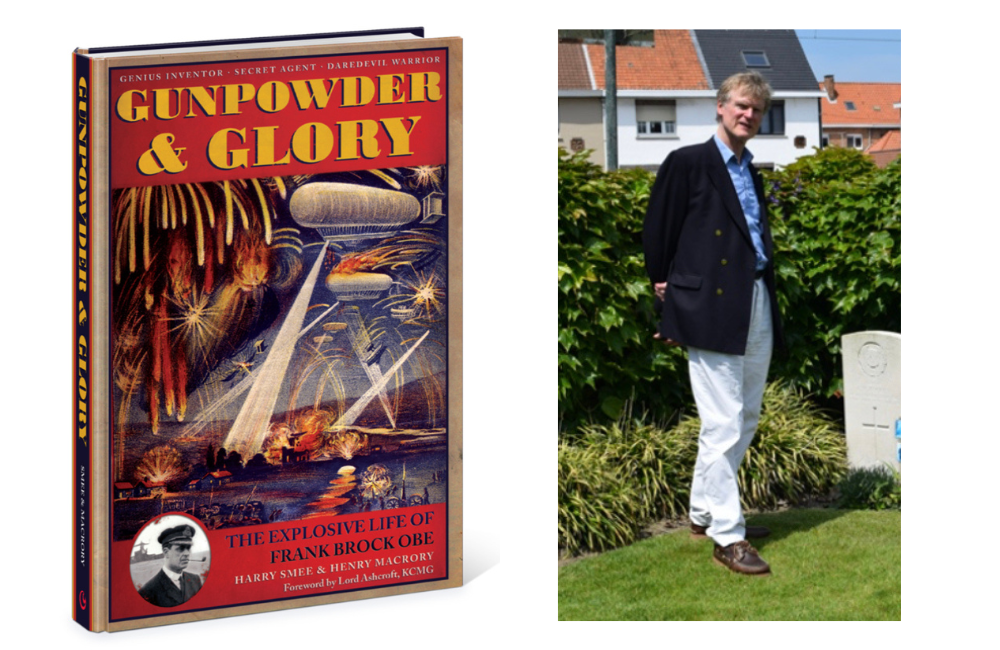 Despite being one of the most significant British officers in WWI, Frank Arthur Brock is almost unknown today.  Commissioned into the Army, the Navy and the RAF, he was a spy behind enemy lines, an intelligence officer, the bravest of combatants and a brilliant scientific inventor.  Changing the weather twice in our favour he gave the allies two of the best feel-good moments of that horrific conflict.

Harry Smee, the grandson of Wing-Commander Frank Brock OBE and the co-author of the first biography: Gunpowder & Glory, The Explosive Life of Frank Brock OBE.