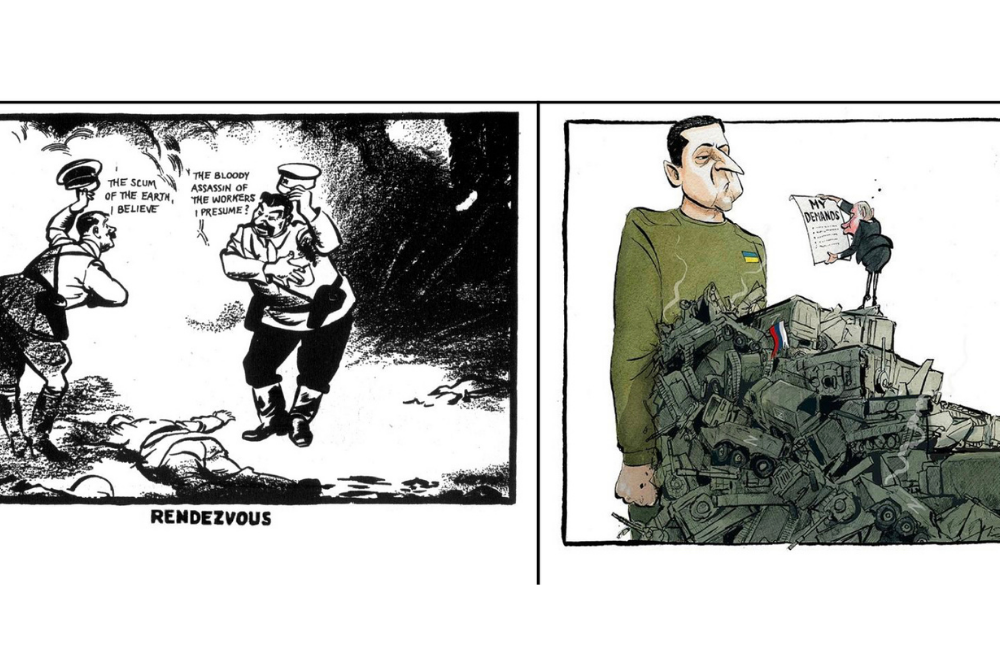 This talk is live at Queen Square (not online).

Britain’s leading authority on political cartoons will outline the history and evolution of political cartons, illustrated with examples of some of the greatest cartoons to appear in the British press – many of which deeply offended the likes of Kaiser Wilhelm II, Adolf Hitler, Winston Churchill, John Major, Tony Blair and David Cameron.  He will also discuss the evolving relationships between cartoonists and their editors and, in light of recent developments, address whether cartoonists have a right to offend while holding those who govern us to account.

Dr Tim Benson runs the Political Cartoon Gallery and Café in London and edits the annual Britain’s Best Political Cartoons series. His recent published books on cartoon history will be available for sale and signing.