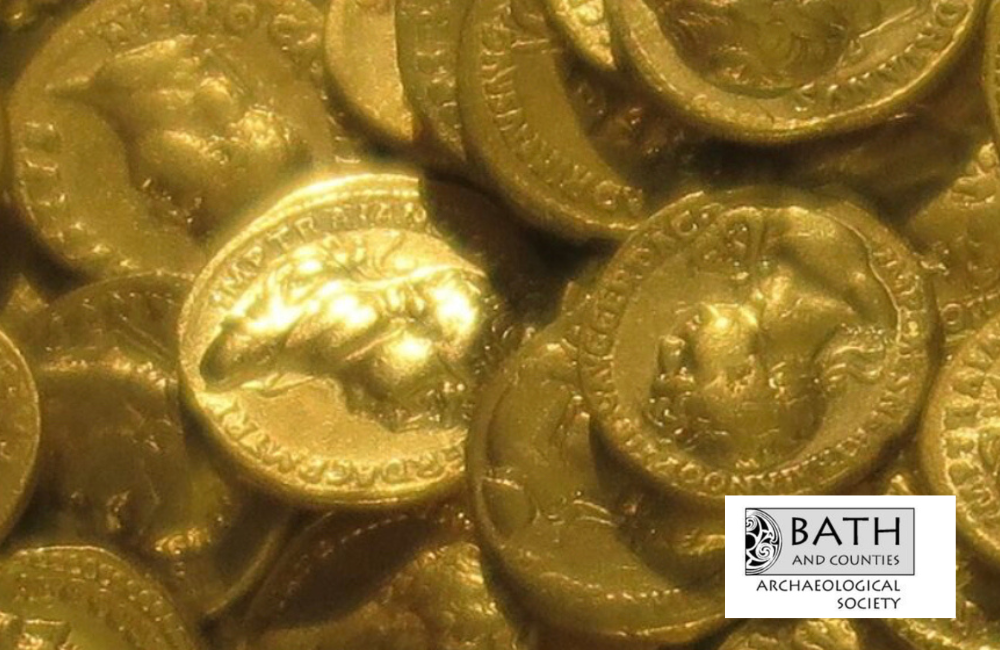 This event is organised by an external group; please click on Book Tickets to be taken to their website for full details and ticket prices.

There have been a number of important hoards found in this region in recent years which have been recorded with the Portable Antiquities Scheme and provide more knowledge of their time. The lecture will examine three of these hoards and discuss their origins.

One of the most extraordinary finds was what became known as “The Thornbury Hoard”, now on display in Bristol Museum.  In 2004 a Roman hoard was discovered in a fishpond on a 1960s housing estate when the house-owner was digging a fishpond in his garden.  He found a pot containing 11,460 coins dating from AD270 – 340 with many bearing mint marks showing that the coins had come from all over the Roman Empire.

A metal detector find in the Forest of Dean became known as “The Toenail Hoard “ (now in the British Museum) because it consisted of 480 clippings from coins and resembled toenails !  The coins were silver dating from Charles I and Elizabeth I and may have been cut with scissors.

The “Gloucester Dog Hoard” (coming to Bristol Museum) was found in 2017 by another metal detectorist and the many religious items from this hoard, dated to the mid 4th Century, suggest it could have come from a temple associated with Diana. The most interesting find was a bronze dog measuring 30cms, similar to some smaller finds from the Lydney Temple site.