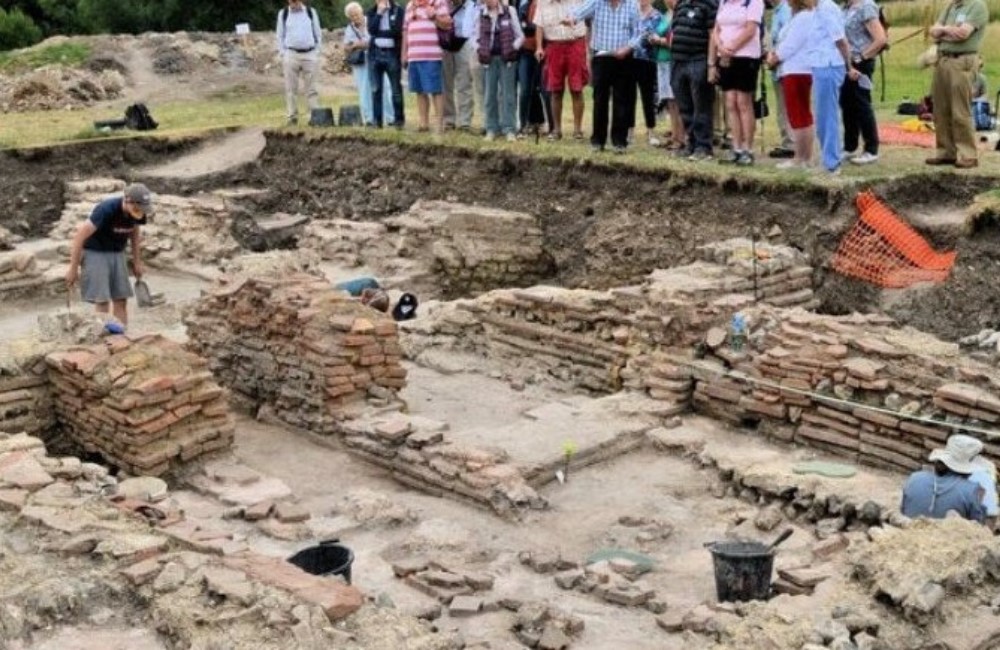 This event is organised by an external group; please click on Book Tickets to be taken to their website for full details.

Since the 1970s Professor Fulford and the University of Reading has excavated several sites at Silchester including the amphitheatre, forum, baths and an entire town ‘insula’. This work has uncovered the late Iron Age oppidum with its strong Gallic connections and widespread political and trading links across southern Britain and the Continent.

We will hear how Silchester was then transformed after the conquest into a planned Roman city reaching its peak in the 2nd century with the reconstruction of the great forum basilica in stone. Defence building of the walls was a feature of the later third century but the town can be shown to have continued to flourish up to and for some time beyond the end of Roman administration in Britain.

Professor Michael Fulford, CBE, is a British archaeologist and academic. His principal research interests are in Roman archaeology, particularly in the fields of rural settlement, urbanism, economy, material culture, technology and trade. He became Professor of Archaeology at the University of Reading in 1988.

Admission charge of £4 for members, and £5 for the general public. Pay on the door.