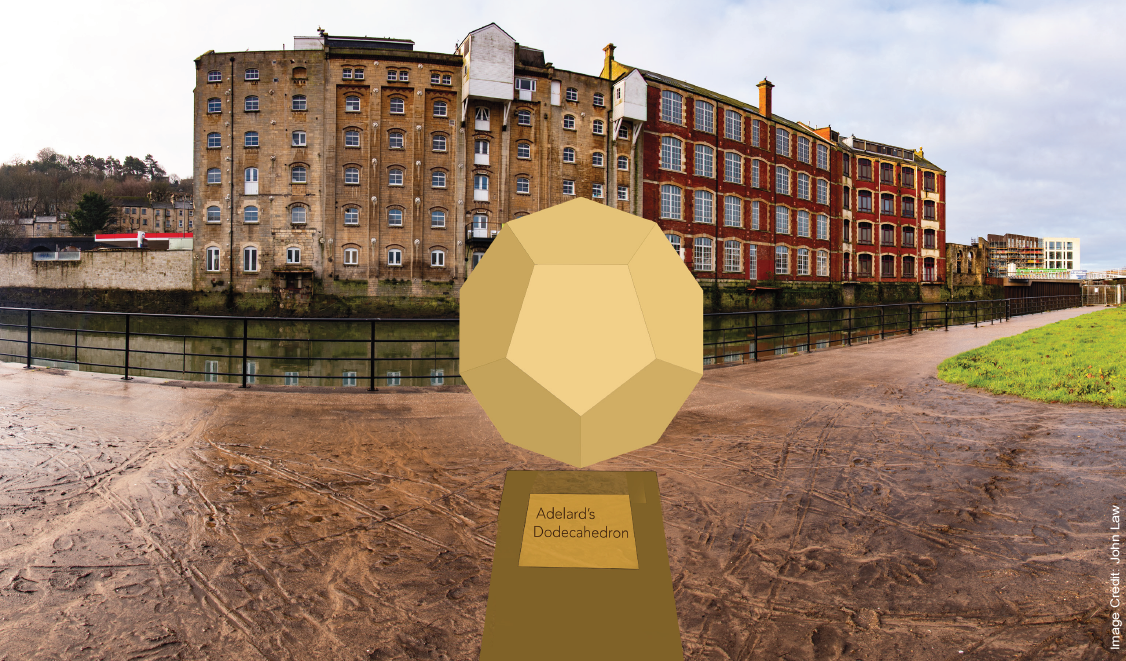 Please note: this event is online only and starts at 7pm

Adelard is Bath’s great mediaeval polymath. Natural philosopher, mathematician, geometer, astronomer, astrologer, alchemist, medic, musician, sportsman and senior government official at the Court of Norman Kings (the Exchequer). At the time, the Islamic Empire was 800 years ahead of the West in terms of knowledge and learning. Adelard was the foremost scholar to decamp to the lands of the Mediterranean and the Levant, to study with the Arabs. He was gone seven years and returned with a wealth of intellectual material, lost to the West during the Dark Ages but preserved by the Arabs, which he translated from the Arabic to the Latin; typically whenever he published it caused a sensation in Western Europe. World-famous in his day, he has until recently been largely forgotten in his native city.

This talk will focus on the role of Adelard in the dissemination in Europe of knowledge about regular polyhedra (Platonic solids). Simple description of geometry of regular (Platonic) and semiregular (Archimedean) polyhedra will be followed by explanation of how this knowledge helps today in the understanding of the molecular structure of fullerenes and other modern nanomaterials.