The Reindeer and the Lord Chief Justice 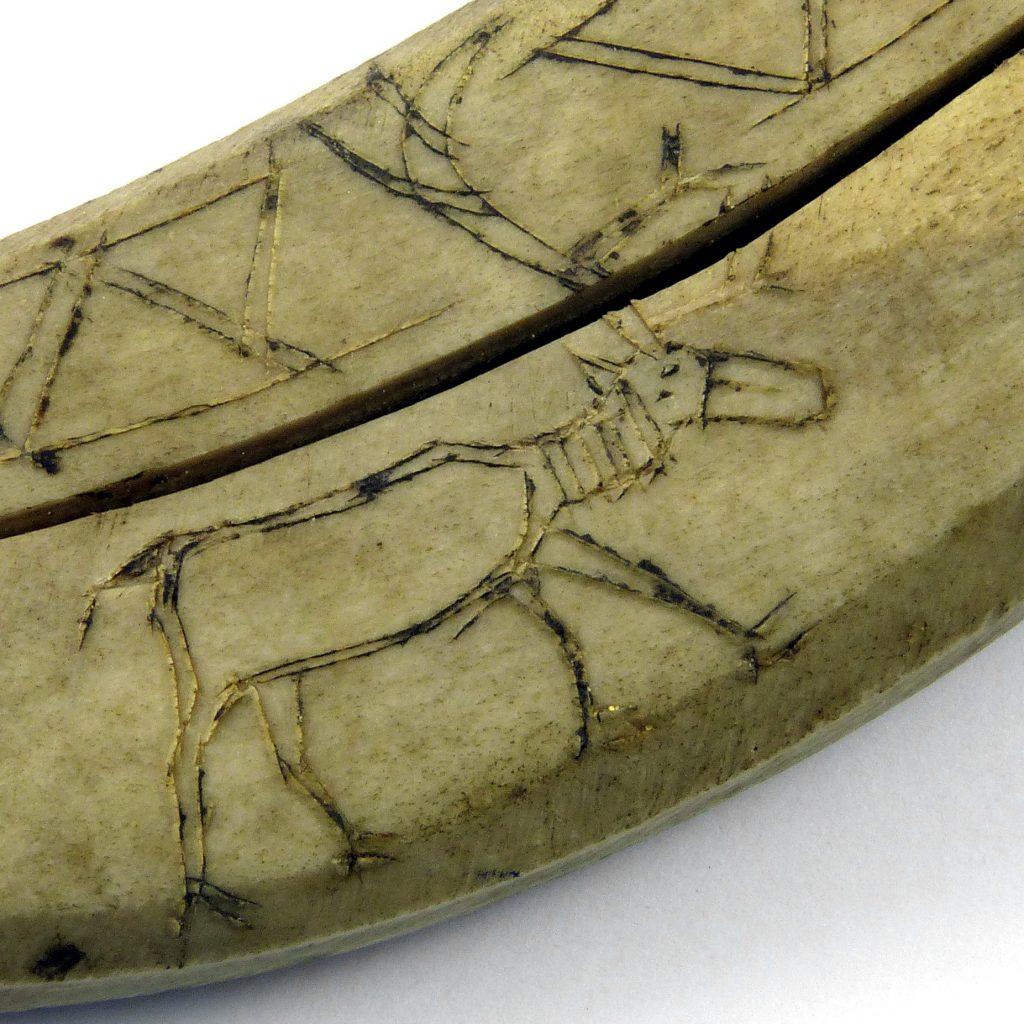 Sometimes objects in our collection can require a little detective work to determine their origin and how they came to be part of the museum. Our records say that this item, made in part of reindeer antler, was given to us by A. Shaw Mellor in 1924 and are of ‘Eskimo’ origin.

However, one of our volunteers determined that knives of this form, and carved designs with this manner of stylisation, are typical of the Saami, indigenous people of Scandinavia. So, is the donation record wrong? Who was A. Shaw Mellor and how came he by this artefact?

A little careful biographic research reveals that our donor must have been Alfred Shaw Mellor (1875–1967) who lived at that time in Box House on the road between Bath and Corsham. Alfred was a medical man, second son of Sir James Robert Mellor and Anne Jane Shaw. Sir James, was in turn son of Sir John Mellor, MP and renowned judge. Alfred’s older brother James inherited the title and had a distinguished military career but Brigadier General Sir James Gilbert Shaw Mellor travelled in neither Norway nor Alaska. That branch of the family doesn’t seem to take us any closer to the origin of our artefacts.

What then of Alfred’s wife’s family? She was born Dora Marion Webster, daughter of Richard Everard Webster, 1st Viscount Alverstone. Another notable member of the judiciary, Richard Webster, was first Attorney General for England and later Lord Chief Justice of England and Wales. Most pertinent for our Inuit attributed objects, Webster was the British representative on a number of significant territorial and border dispute tribunals, the last of which was the 1903 conclusion of the Alaska boundary dispute between Canada and the United States of America. The findings of the tribunal were signed in Washington and it is highly likely that the ‘Eskimo’ and ‘Red Indian’ artefacts donated to us by Alfred Shaw Mellor came from his father-in-law’s travels in North America at this time.

Why then are items of Saami craftsmanship, which would likely have been referred to as Lapp at that time, to be found amongst the Inuit of Alaska at the turn of the 20th Century? The final piece of the puzzle is a project known as the Alaska Reindeer Service. The ALS was founded in 1893 and was a humanitarian and economic development project with the aim of teaching Inuit peoples reindeer herding practices, by bringing over Saami from Norway to pass on their skills.

And thus came a Saami knife to Bath Royal Literary and Scientific Institution via Alaska, thanks to the daughter of a British Judge.