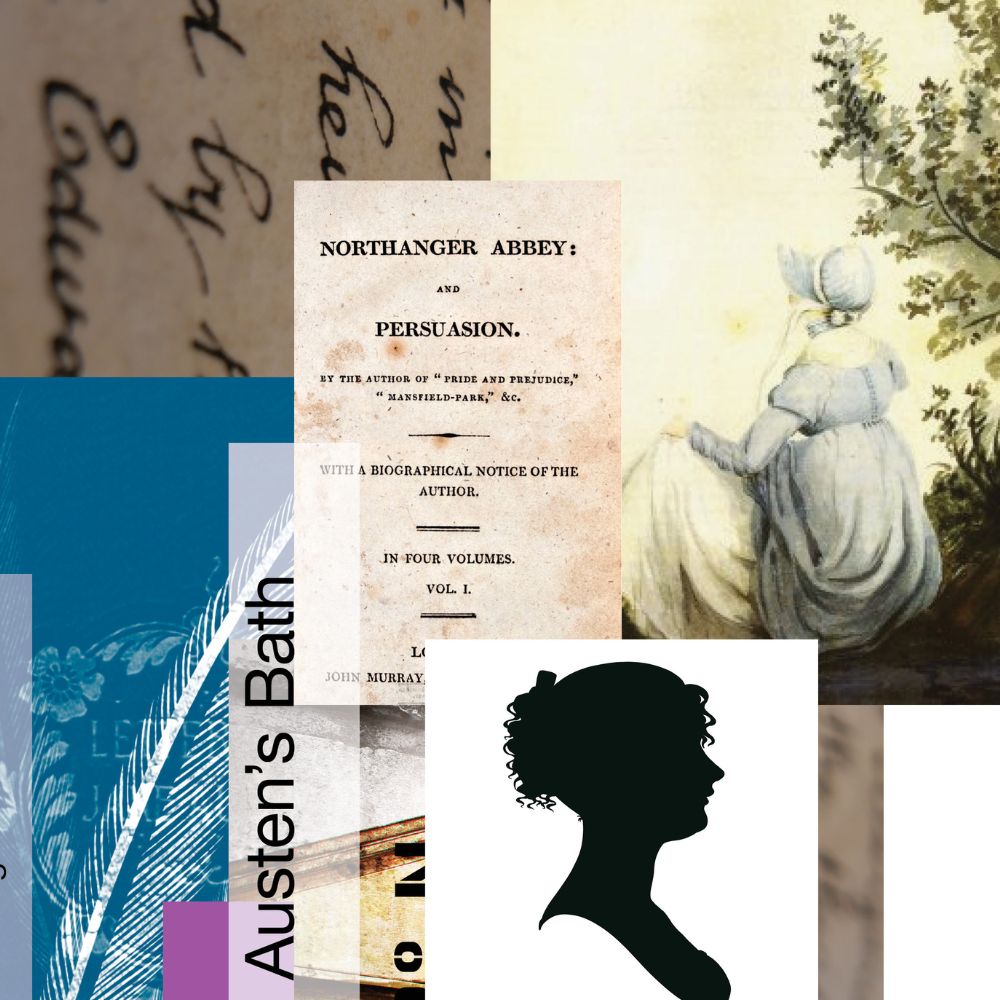 Tired of your normal walk around the city of Bath? Then let our Bath Discovery Trails’ smartphone app, designed around the great museum collection at the Bath Royal Literary and Scientific Institution, introduce you to a Bath that you didn’t know existed.

Perhaps you knew Bath was home to the Romans, but did you know about the Jurassic creatures found here? Or that Bath was once considered the cradle of English geology? Or even that many great scientific discoveries were made in this city?

Download the app, set your best foot forward, and then scroll on to step back in time with a series of walks around Bath’s world heritage sites, starting perhaps with our brand new trail centred upon Jane Austen’s time in the city.

Jane Austen’s link with Bath is well established. She visited Bath a number of times and the city is mentioned in most of her novels, but especially in Northanger Abbey and Persuasion. The city she knew during her six years living here are highlighted in a new trail being launched this week by the Bath Royal Literary and Scientific Institution.

This is the 5th in a series of trails which the Institution has produced, and access is through the Bath Discovery App which can be downloaded onto phones and laptops. This new App enables visitors to take a short tour through Bath, the kind of walk Jane herself might have taken as she went shopping or made her way up the famous Gravel Path to what were then the outlying villages of Weston and Charlecombe.

Diana White, author and Jane Austen Convenor for the Institution, wrote the script, students from Bath Spa University, under the direction of Rupert Bassett, created the artwork, and Matt Williams provided the technical expertise to transfer the trail to the App.  Betty Suchar was overall co-ordinator. The App can either be downloaded from the Apple store, via Android systems, or from the QR code located on the poster displayed in the Jenyns Room at Bath Royal Literary and Scientific Institution, 16 Queen Square.

The first four Apps were developed with funding from the Art Fund and each centres around an object on display at Queen Square. The item for the Jane Austen App are the “Skins,” a rare example of the Deeds of a house, the legal agreement between the landowner, Laura Henrietta Pulteney, and the architect, Thomas Baldwin, to build 4 Sydney Place, the grade one listed house that was Jane Austen’s home from Autumn 1801 to the summer of 1804. The deeds were donated to the Institution by Anne and Michael Davis and are safely stored in our historic collection but will be available digitally for visitors to view.

To begin on the Jane Austen Trail click on: