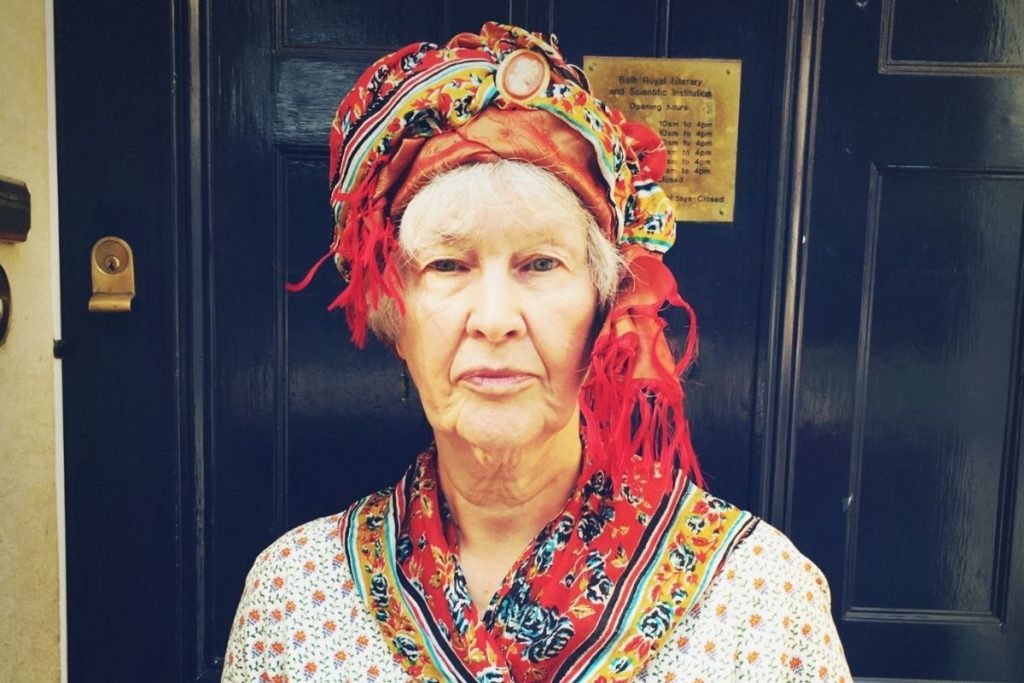 This year’s AGM sees the end of an era (in one way) as outgoing Chair Betty Suchar, retires from the Board of Bath Royal Literary and Scientific Institution. Having worked closely with her for a number of years on the Management Committee and as her predecessor as Chair of the Board, it is a privilege to recall her contribution here.

It is of course impossible to cover everything she has done for the Institution in such a limited space, and what follows can only be a partial sketch rather than a full portrait. Any omissions are entirely my fault, and unintentional.

When Bath Royal was relaunched in 1993, Betty (along with her late husband Victor) was an early joiner, welcoming the idea of reviving the Institution and acutely aware of the opportunities for it to become a venue for social and intellectual interaction. She contributed to its development, and was involved in many strands of activity before election to the Board as a Director. Programme and Publicity sub-committees were but two areas in which she made her input, and she has been a regular at coffee mornings and other social gatherings alongside events in the programme of lectures and activities, as well as driving programme themes and coordinating guest lectures and lecturers. The Victor Suchar Christmas Lecture, established in his memory, is but one example.

In addition, her service as Chair of the Management Committee over a number of years, steered the Institution and helped guide the decisions of the Board when it met – she worked tirelessly to ensure tenancy matters in Queen Square kept the Institution’s finances appropriately supported alongside subscription and other income, for example. A Director for twelve years (the initial maximum nine, then a further three after serving in the interim year as Honorary Treasurer), she has ensured the maintenance and refreshing of institutional memory. Acutely aware of the importance of the membership, she has worked hard to ensure that events reflect members’ interests, and that opportunities for engagement have been broadened. She has been a key part of events in the Institution’s ‘new’ history, for example in the programme surrounding the 25th anniversary reception in 2018, and working closely with other bodies using the Institution, sometimes bringing them into the Bath Royal fold. She also strove to ensure that the volunteers and staff – without whose work Bath  simply could not function – felt part of the Institution over and above any membership link they might have.

Born and educated in the United States, her time stateside together with her family and contacts there with whom she remains in touch, ensured that the views brought to the Boardroom table (and that of Management Committee and the others on which she has served) were robust and challenging, well-argued and with a view to the wider picture. She always sought (and continues to seek) consensus, giving people the chance to air their views before a reasoned decision is made.

Keenly interested in Bath, Betty has been key in ensuring that women such as Adela Breton and Mary Shelley were appropriately recognised as citizens of Bath; their commemorative plaques (in Camden Crescent and outside the Pump Rooms respectively) are down to her drive and energy.

Rising to the challenge of Covid, Betty – who will freely admit that technology is not her forte – worked with the team to ensure that not only did Bath Royal’s activities continue despite lockdown, but that the technology could be harnessed to reach new audiences, and bring new talents to the service of Bath Royal.

Although stepping down from the directly ‘hands on’/day to day running of the Institution, Betty remains active in for example Publicity and Programme, and will continue to be a regular in the Duncan Room on a Saturday. That said, she will use her ‘free’ time to indulge her passion for walking, for involvement in other Bath bodies and more widely, and travel.

We gratefully acknowledge her contribution to date, thank her for her dedication and commitment to the work of Bath Royal, and look forward to continuing to see her in Queen Square in the coming years.