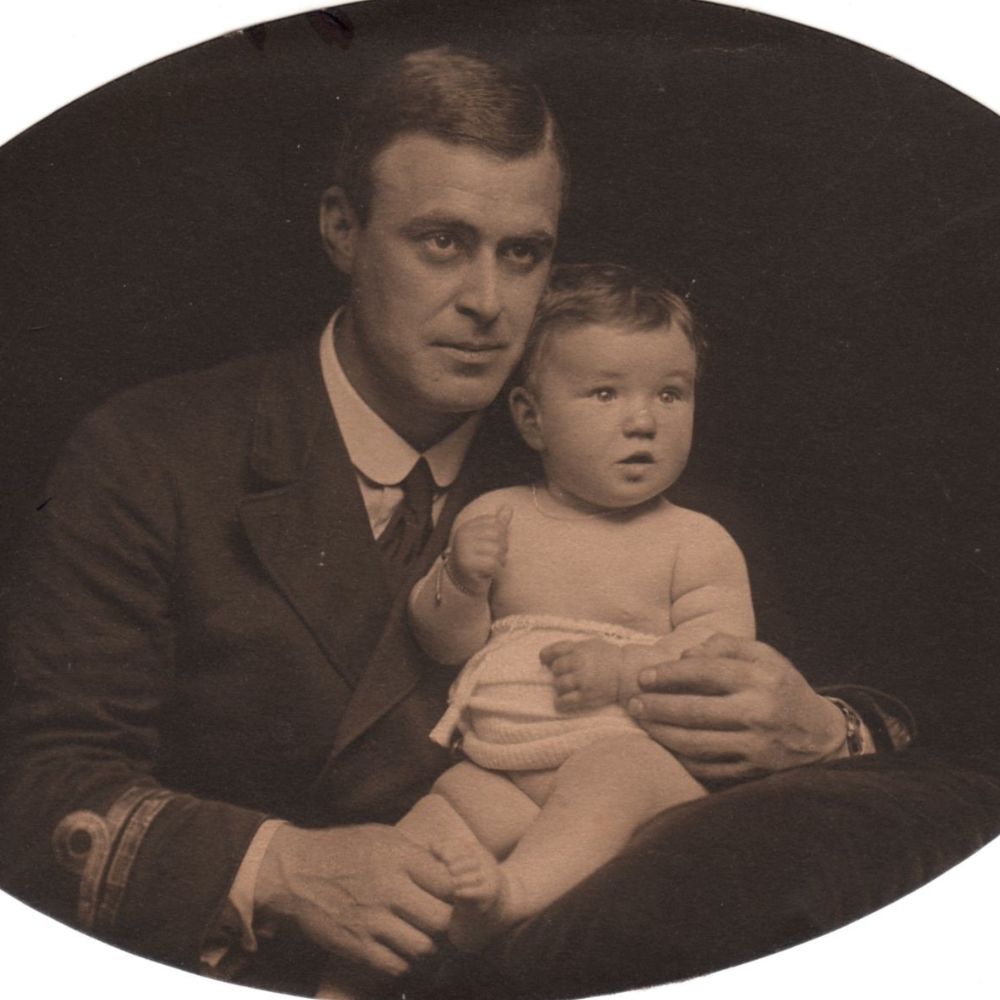 At this time of year children are exhorted to “remember, remember the fifth of November, gunpowder, treason and plot” in reference to Guy Fawkes’s failed attempt to blow up the Houses of Parliament in 1605.

But it is also a fitting time to recall the extraordinary life and exploits of a man whose singular genius and courage played a huge role in Allied success in the First World War.

Frank Brock served in all three branches of the military, came up with a series of ingenious inventions to aid the Allied war effort (including an exploding bullet to neutralise the deadly threat of Germany’s Zeppelin airships) and may have been the last British naval officer to die in a swordfight.

Frank – whose life is the subject of a talk to be given at the Bath Royal Literary and Scientific Institution (BRLSI) on October 24th – was born into the eighth generation of the world-famous Brocks fireworks dynasty in 1884.

Although precociously clever and blessed with a phenomenal memory, he chose not to go to university and instead joined the family firm. In the ensuing years he travelled the world, tasked with organising spectacular fireworks displays for all sorts of occasions. The grounding this gave him as a ‘pyrotechnist,’ and leader of large teams would later shape his unique contribution to defeating the Germans in the 1914-18 conflict.

By the time war with Germany broke out in 1914 he had already been working with the Royal Navy on developing smoke machines to help disguise naval activity. He was also able to use his commercial trips to gather intelligence about German technological developments, once posing as an American to visit the Zeppelin works (no Englishman would have been allowed in, but at the time the Germans were convinced the United States would remain neutral in any coming conflict).

When Zeppelin raids on Britain intensified during the early years of the war the Allies were at a loss how to respond. The great airships could travel stealthily and at a height that kept them out of range of artillery. Bullets fired from British aircraft punctured the Zeppelin’s fabric but these could be quickly patched up by the sailmakers who formed part of the airship’s crew.

Frank solved the problem by inventing a ’magic’ bullet that was so sensitive it would explode on contact with the flimsy skin of the Zeppelin to create a fireball. In September 1916 a young lieutenant pilot in the Royal Navy Air Service took to the skies armed with Frank’s Brock Bullets. At first, they seemed to have little effect, but suddenly a pink glow appeared on the outside of the targeted Zeppelin and in no time the airship was plunging to the ground in a ball of fire. Other Zeppelins soon went the same way and the airship threat was largely eliminated for the rest of the war.

Frank’s engineering genius produced many other inventions to help the war effort, including the ‘Dover Flare’, a brilliant light rigged up in the channel to spot enemy submarines and colour filters and colour flares for military use.

The talk at the BRLSI has been organised by two of Frank Brock’s grandsons, Harry Smee (a former director of Brocks) and Mark Shelford (who is also the Police and Crime Commissioner for Avon and Somerset).

Harry, who has co-authored a book detailing the life of his illustrious forebear, says: “He was 30 when the First World War started and he certainly entered the military as great officer material. He was used to leading teams of men in difficult conditions.

“At one point Frank was an intelligence officer and his commanding officer Murray Sueter who started the RNAS and worked directly under Churchill said of him that he was that rare type of character who was able to grasp a problem, understand the solution and actually do something about it, usually immediately.”

In addition to his engineering genius, Frank was physically impressive (he was an accomplished heavyweight boxer) and extremely brave, making him a real-life cross between James Bond and Q.

Ultimately his fearlessness would lead to him falling in battle in one of the most important raids of the First World War – the raid on Zeebrugge.

The Belgian port had been built with a protective mole a mile and a half long and was used by the occupying Germans to allow their submarines access to the Channel. Despite the partial success of Frank’s Dover Flares, the submarines were still playing havoc with merchant shipping and raising questions about Britain’s ability to maintain the war effort.

A raid on Zeebrugge was planned with the intention of scuppering ships in the canals through which the U-boats travelled on their way to the Channel.

Frank invented devices which could be fitted to motor-boats and other vessels to produce massive volumes of smoke without also creating firelight (which would give their position away). When the attack on Zeebrugge was launched on April 22nd 1918 (the first commando-style raid of its kind) a flotilla of Allied ships and boats was able to approach the harbor completely hidden from the defenders by a wall of Frank Brock’s smoke.

Unfortunately, the wind changed at the last minute and the German defenders suddenly had clear targets in their sights, leading to many Allied casualties. Nevertheless, Frank led a body of marines and navy bluejackets onto the mole to attack the German gun positions.

Typically, he also had an ulterior motive: he wanted to get a first-hand look at the Germans’ Gertz range finder, which was said to be more effective than its Allied equivalent.

Armed with a pistol, grenades of his own design and a cutlass, Frank led the charge. When he ran out of bullets he single-handedly attacked a German gun post and dispatched four of the defenders with his fists. Finally, he was confronted by a young German trooper was also armed with a cutlass. The two men fought briefly before giving each other fatal wounds. Their bodies were found a few feet apart.

The raid, although of mixed success over all, was credited with sufficiently lifting British morale and damaging that of the Germans that it turned the course of the war firmly in favour of the Allies, helping lead to the German surrender later in 1918.

Perhaps the most extraordinary thing of all is that Frank Brock is not better know today. His exploits are the stuff of a Boys’ Own adventure story and his inventions were as important in their own way as those of other military inventors like Sir Barnes Wallace and Sir Frank Whittle.

The talk “Gunpowder & Glory: Bond & Q Combined- an Extraordinary Life Revealed” will be held at the BRLSI, 16-18 Queen Square, Bath at 7.30pm on Monday October 24th. Tickets to watch in person or online can be obtained here: www.brlsi.org

The book “Gunpowder and Glory: the Explosive Life of Frank Brock OBE,” by Harry Smee and Henry Macrory is published by Casemate and is available at Amazon.com and at most booksellers.