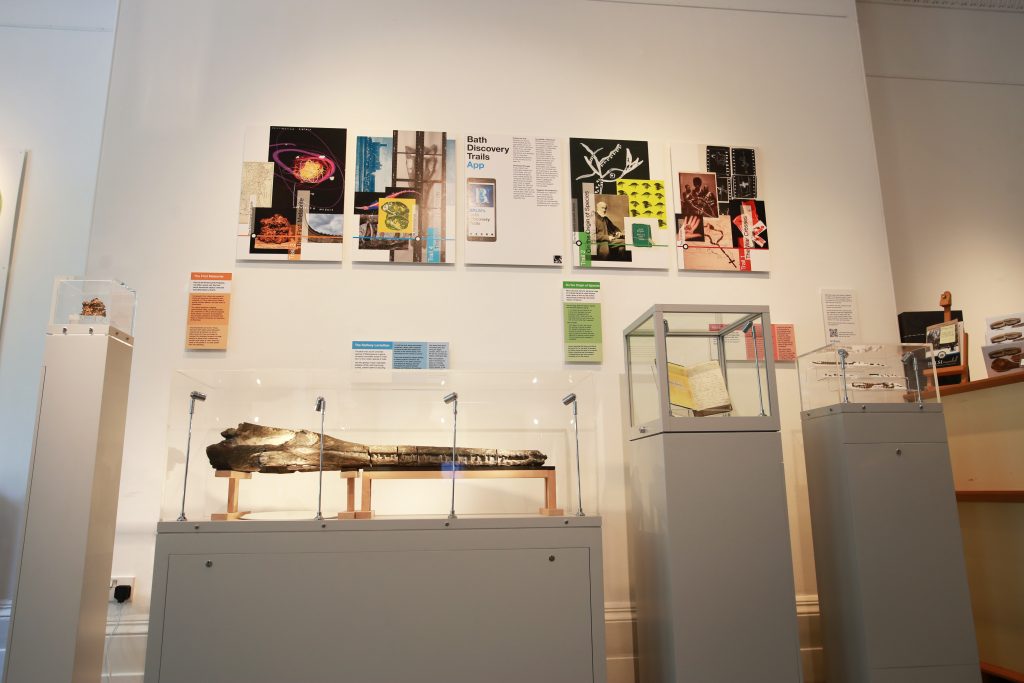 A 160-million year old Jurassic crocodile is on display at Bath Royal Literary and Scientific Institution as part of a new approach to interpreting museum objects through the Bath Discovery Trails App.

The Railway Leviathan is one of the trails users of the App can follow. The object underpinning the trail’s narrative is a Steneosaurus crocodile skull, collected from a railway cutting in Wiltshire, between Chippenham and Melksham, in the late 1840s. Captain McNair, who later worked for Isambard Kingdom Brunel, was part of the team that constructed the Wiltshire, Somerset, and Weymouth Railway and donated this impressive beast to Bath Royal LSI in 1849. In 2014 this 160 million year old fossil (technically a teleosaurid crocodyliform) was prepared using modern laboratory techniques, removing more rock and exposing the teeth and palatal bones. Some of the features of this skull are unique and palaeontologists specialising in this group of animals consider it to be a new, and, as yet, undescribed species. 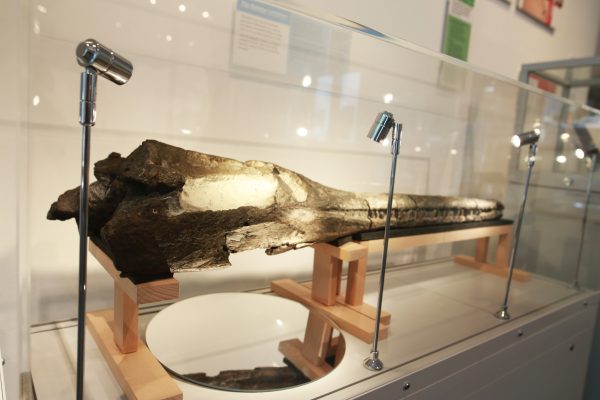 Working with a design team from Bath Spa University and supported by the Art Fund and M. St J Way Charitable Trust, the App has been developed to guide users on walks that explore aspects of the history and prehistory of Bath and the world, inspired by the Bath Royal LSI’s collection. The National Lottery Heritage Fund are now supporting Bath Royal LSI to use digital media to reach new audiences for the App, as well as their other programmes.

Those who complete ‘The Railway Leviathan’ trail will discover this impressive skull at 16-18 Queen Square, where they can also find numerous other Jurassic creatures in our Jurassic Ark exhibition, open until 2nd October 2021.