Food in the Regency by Robert Morrison 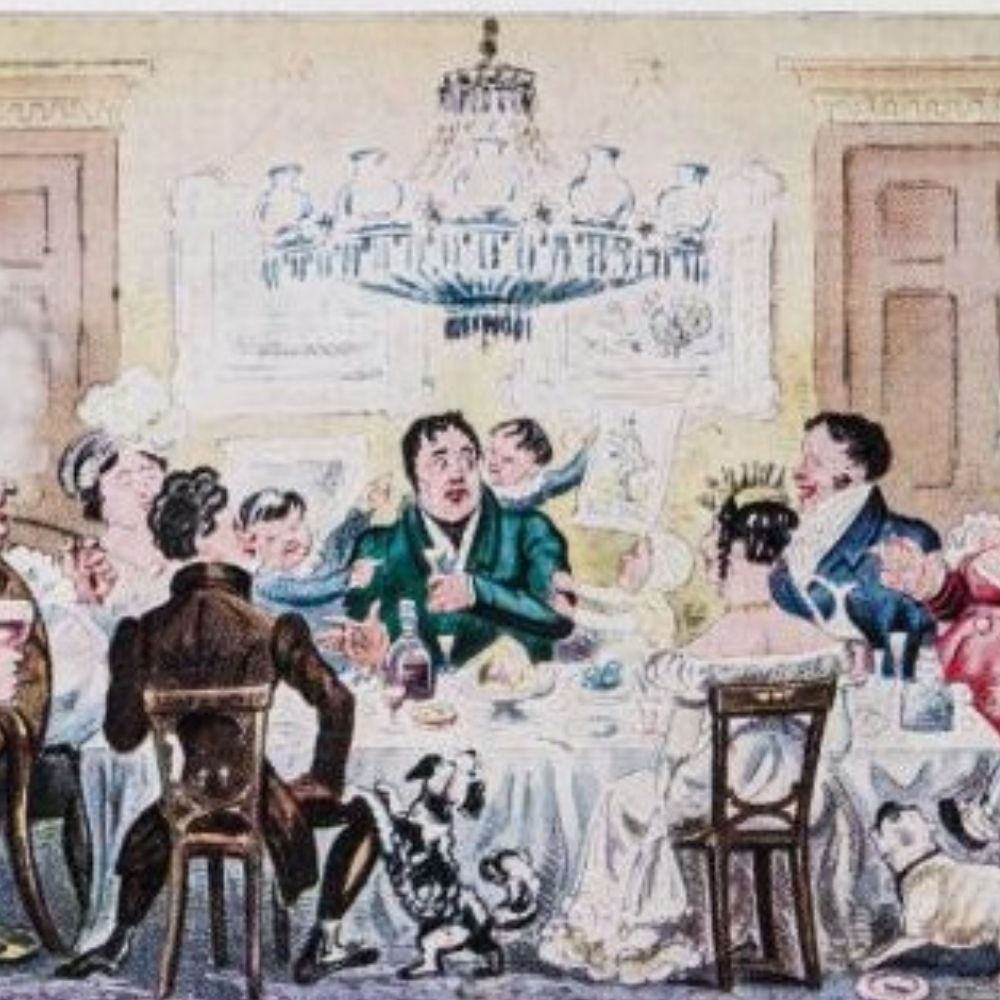 To accompany the Bath Royal video, Food in Regency Britain: Indulgence, Indigence and an Ocean of Alcohol, by Professor Robert Morrison, here are Robert’s top facts about Regency Food.

The Regency period extended from 1811 until 1820. During this decade, George, Prince of Wales, ruled Britain as the Prince Regent after his father, George III, collapsed into insanity. When George III died in 1820, the Prince Regent became George IV.

Many people in Regency Britain did not have enough to eat. ‘A great number of thousands of persons are now on the point of perishing for want of food’, the radical journalist William Cobbett declared bitterly. Many working poor subsisted on only bread and potatoes.

The poet William Wordsworth and his family could afford a more substantial diet of fresh bread, milk, cheese, and a gruel of oatmeal boiled in brine.

The radical poet Percy Bysshe Shelley is the most famous vegetarian of the Regency. His most important work on the subject, A Vindication of Natural Diet, was published in 1813.

Wealthy elites in the Regency served food on a gargantuan scale. The Welsh military man and diarist Rees Howell Gronow vividly recollected the meals at larger gatherings, where ‘mulligatawny and turtle soups were the first dishes placed before you; a little lower, the eye met with the familiar salmon at one end of the table, and the turbot, surrounded by smelts, at the other. The first course was sure to be followed by a saddle of mutton or a piece of roast beef; and then you could take your oath that fowls, tongue, and ham, would succeed’.

In Jane Austen’s Pride and Prejudice (1813), Mrs Bennet proudly announces that her daughters do no food preparation. Thus, the servants arrive ‘with cold meat, cake, and a variety of all the finest fruits in season…There was now employment for the whole party; for though they could not all talk, they could all eat; and the beautiful pyramids of grapes, nectarines, and peaches, soon collected them round the table’.

Convivial evenings at every social level were heated by sometimes astonishing amounts of alcohol. It was wines among the upper orders, whiskey in Ireland and the Scottish Highlands, cider in the agricultural districts, grog for sailors, and gin among the lower urban classes.

Favourite after-dinner treats in the Regency included trifles, custards, cakes, and biscuits, as well as gingerbread, plum pudding, candied fruits, and ice creams in an extraordinary range of flavours.