One of the first in the Bath area to take up photography, Lockey began experimenting in 1849, first using paper negatives, and later with glass plates. Many of his glass plates were destroyed, but BRLSI holds 86 paper negatives of views in Bath and the surrounding area, and has recently acquired 39 framed prints developed from them. Reverend Lockey and his family lived in Swainswick near Bath, in a house known then as Swainswick Cottage. The building survives today, complete with Lockey’s purpose built photographic printing studio (now used as a conservatory).

These were developed using the calotype photographic process, which had been patented by William Henry Fox Talbot just a few years earlier in 1841. Calotypes are negative images, processed on writing paper, which today is quite brittle and delicate. Most of the calotypes are waxed, which improves the translucency of the negative, creates a smoother surface, and increases the detail transferrable to prints. The word calotype was invented by Talbot from the Greek kalos, meaning beautiful, and the Latin typus, meaning image. Each of Lockey’s calotypes measures approximately 220 x 280 mm.

Our calotypes were presented to the Institution in February 1933 by the Bristol and West of England Amateur Photographic Association. Other Lockey calotypes were presented at that time to museums in Bristol and Cardiff. The photographs on this page have been ‘printed’ digitally. The colour is of course, false. The colour depicted is only created by virtue of it being the ‘negative’ colour of the original calotypes (which appear brown).

Examples from the Lockey Collection: 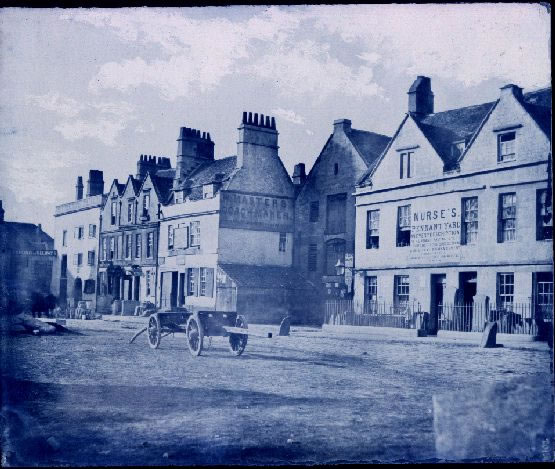 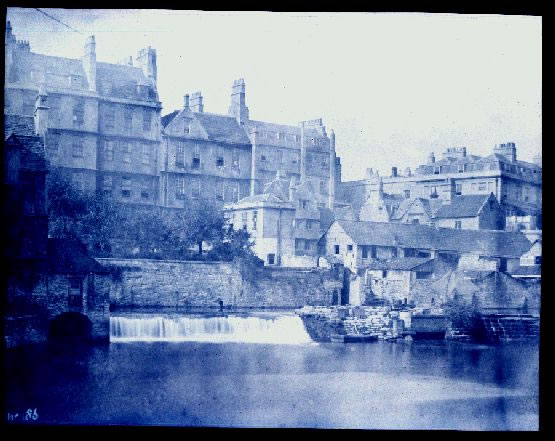 Weirs south of Argyle Bridge, Bath ca.1853-61. The bridge, now known as Pulteney Bridge, is just out of view. The weirs at this point have been redesigned at least twice since this photograph was taken. 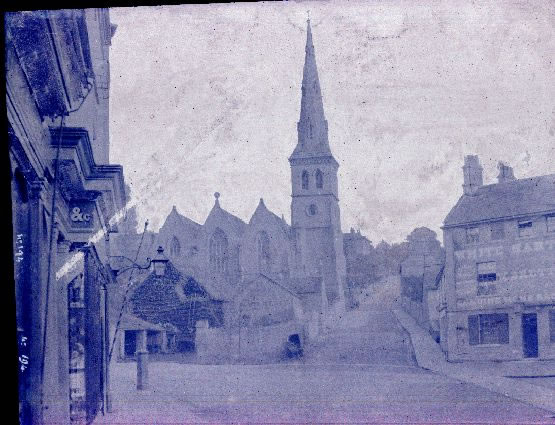 View looking along St Matthew’s Place, towards Widcombe Hill, 1853/57. On the right hand side is the White Hart Pub with the painted signs: ‘W BRETT, GENUINE HOME BREWING’ and ‘FAMILIES SUPPLIED WITH CASKS OF ALL SIZES’. The buildings below the church have since been rebuilt, but otherwise this part of Widcombe has seen little change. 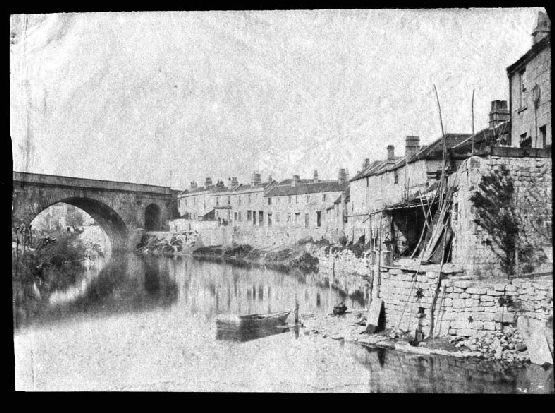 Boathouse, Riverside, Nr Claverton Street, Bath ca.1853-61. The railway bridge (left) and entrance to the Kennet and Avon Canal (bottom right) are still recognisable, but the houses have all been demolished. 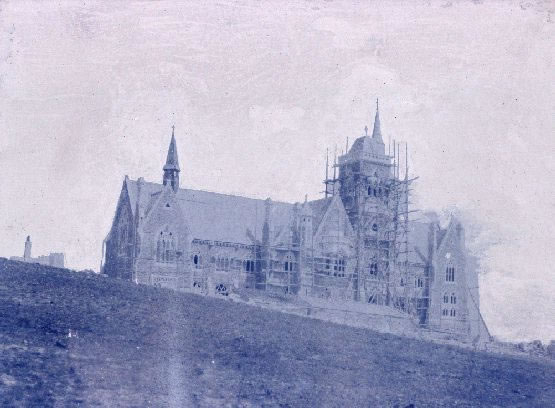 Lansdown Proprietary College 9 May 1857. Now known as the Royal High School, this grand building is substantially the same, although extensions and other buildings have been added as the school expanded. 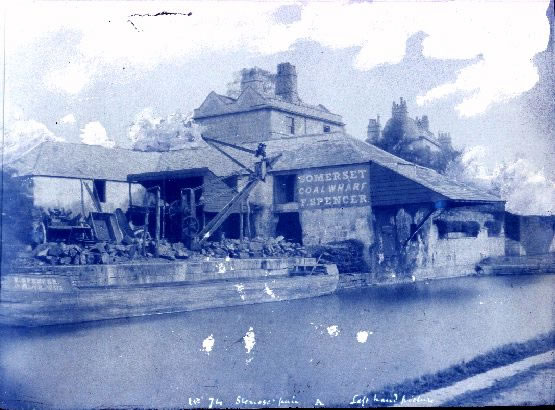 Somerset Wharf, Bath ca.1853-61. These buildings are still recognisable at the top of the Widcombe flight of locks on the Kennet and Avon Canal. Even part of the advertisement survives, though very faintly.

“Lockey’s images provide a wonderful insight into Victorian life’. His rural scenes of cottages and country houses evoke images of a romantic idyll, but he also documented street features, such as a stone water trough. His scenes of Bath’s city streets and architecture indicate his awareness of Bath as a city in transition Bellott’s Hospital in Beau Street was demolished shortly afterwards in 1859 he photographed the newly built churches; their Gothic style contrasting with the existing Georgian architecture. The Institution’s photographic collections deserve to be viewed and appreciated by a wider audience, and I hope my work at the Institution will enable this to become a reality.”

Emma Frater, who worked on scanning and cataloguing the Lockey negatives. 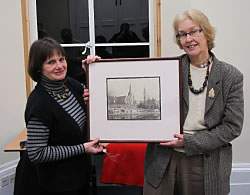 These prints were exhibited in 1989 at the Royal Photographic Society’s gallery when it was in Milsom Street, Bath, and were so popular that they were also exhibited at Alkmaar and Braunschweig (two of Bath’s twin cities). At £25 per print and with a stock of Michael’s book on Lockey thrown in for free, it was an offer we couldn’t refuse.

Shadows and Light – Bath in Camera 1849-1861 (1989), by Michael Gray and David McLaughlin, is lavishly illustrated and with biographical and historical notes. Copies are available at BRLSI for only £6.99.