Evidence of grazing by stock during the autumn, winter or early spring. Merging of the central spots is quite frequent in this species but rare in the similar Narrow-bordered Five-spot Burnet, which usually emerges rather later in the summer. 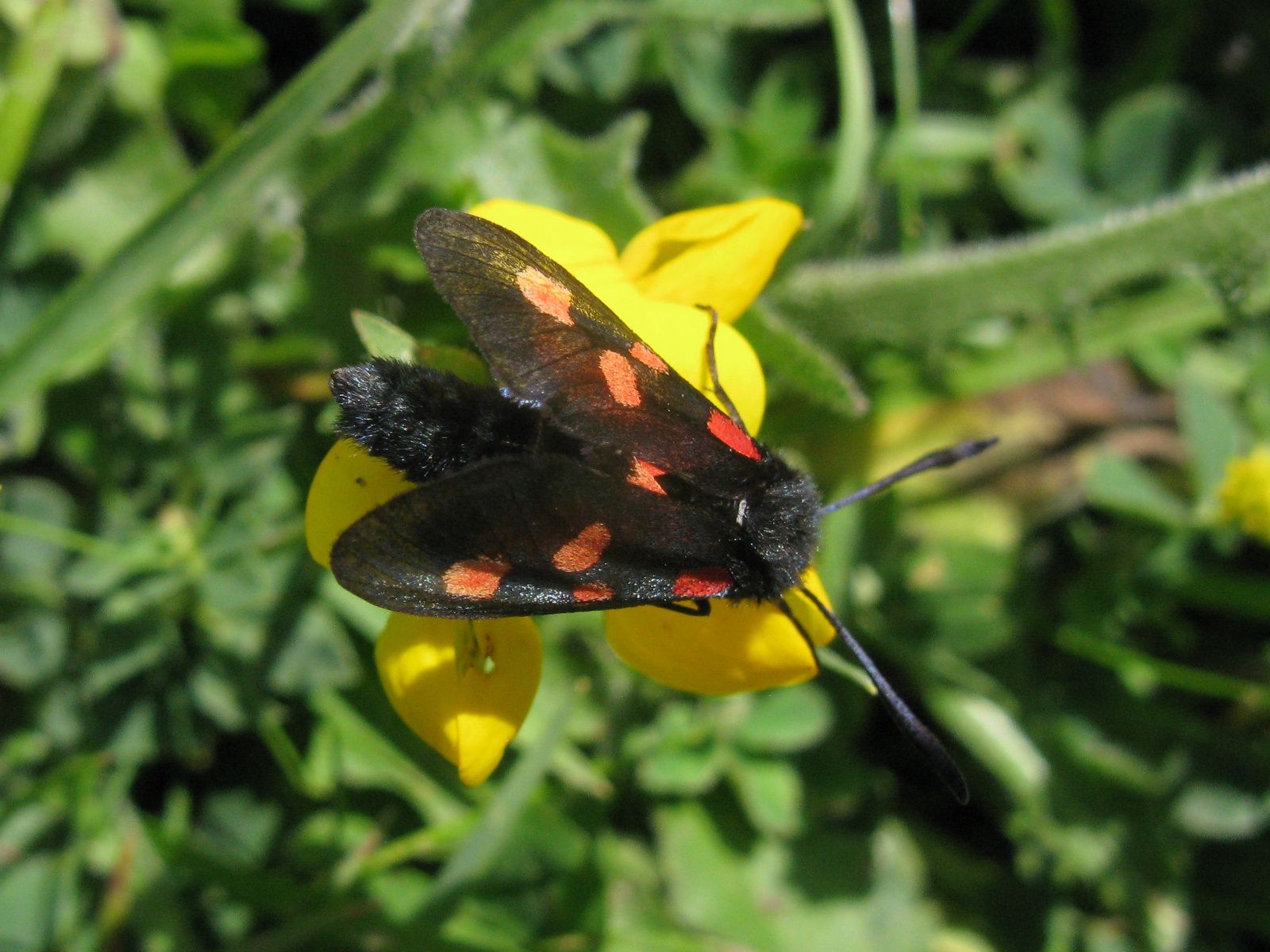