One small patch, maybe half a dozen flower heads

Unusual mauve-coloured clover, very distinct from the red clover present in large numbers in the field (photo added for comparison). Stem also seems more hairy. Only time I have seen similarly coloured clover on edge of Shiner's Wood, leading up to Prospect Stile, last year - Simon Crampin. The grassland by Shiners Wood has a complex history. It used to be cut for hay then grazed and was semi-improved grassland. Then it was put down to cereals for a number of years before being planted with trees. The grassland there will include a commercial mix as well as species that have germinated from the seed-bank. Most of the pastures on Chelscombe Farm have never been ploughed - Rob Randall. 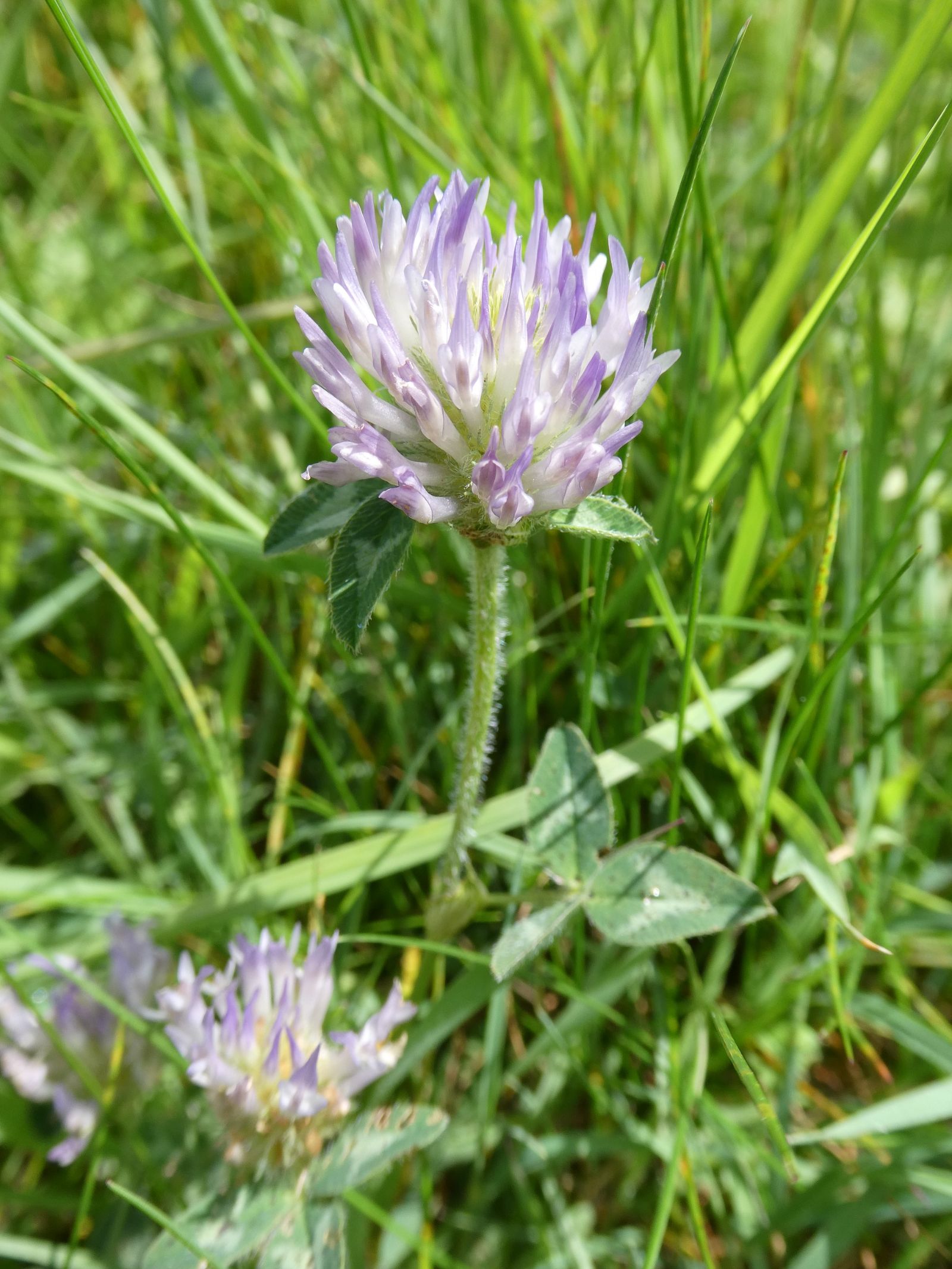 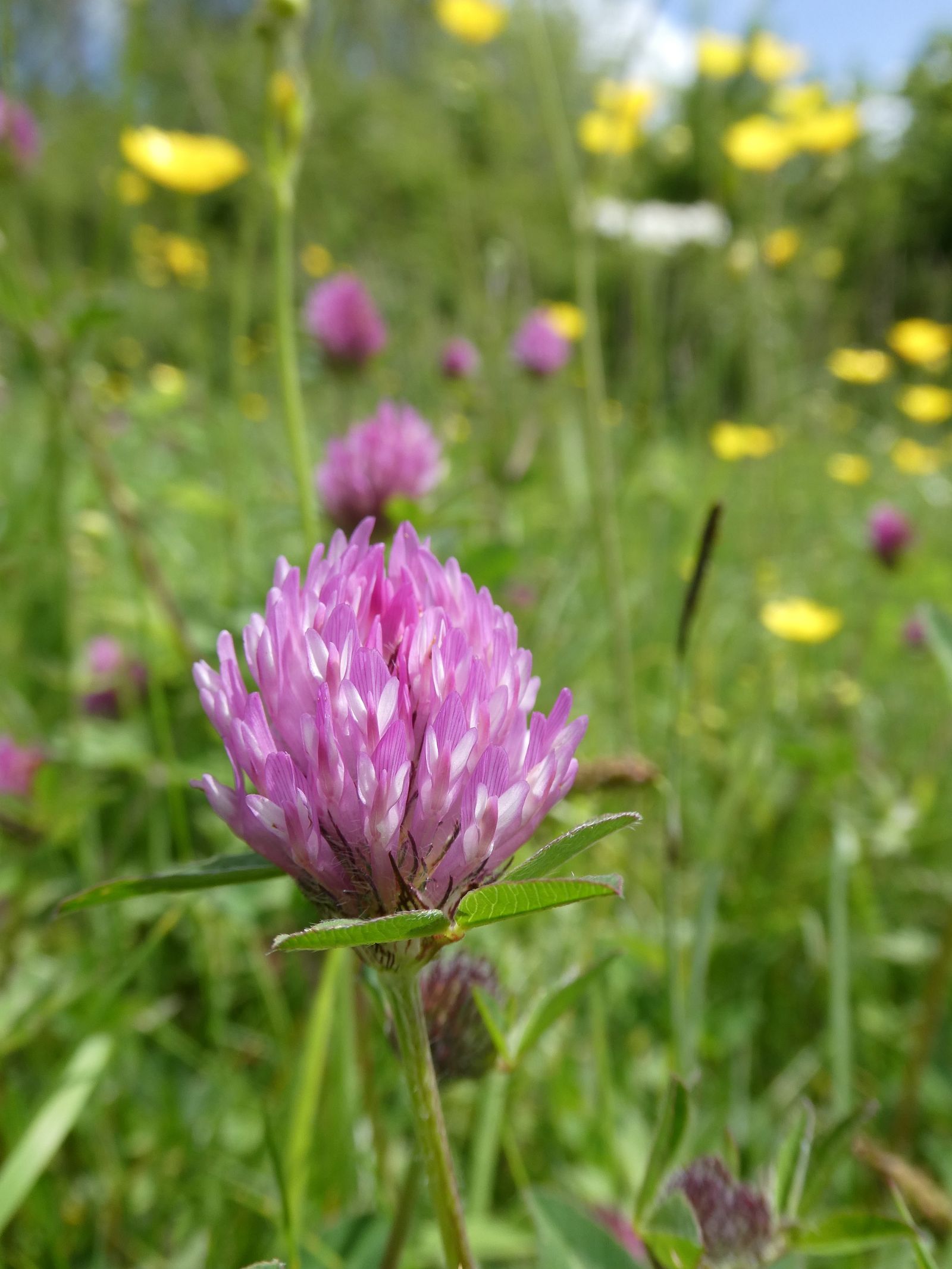