Probably common but can't say I notice it often. I believe the 10 stamens are diagnostic . It is quite frequent in lanes south of Bath but less so north of the river. Yes, as well as being larger than Common Chickweed, it has 10 stamens rather than 5. Another character which is visible at flowering is that in S.neglecta the flower-stalks are stiff and straight. In S.media they are usually wavy in appearance - Rob R. 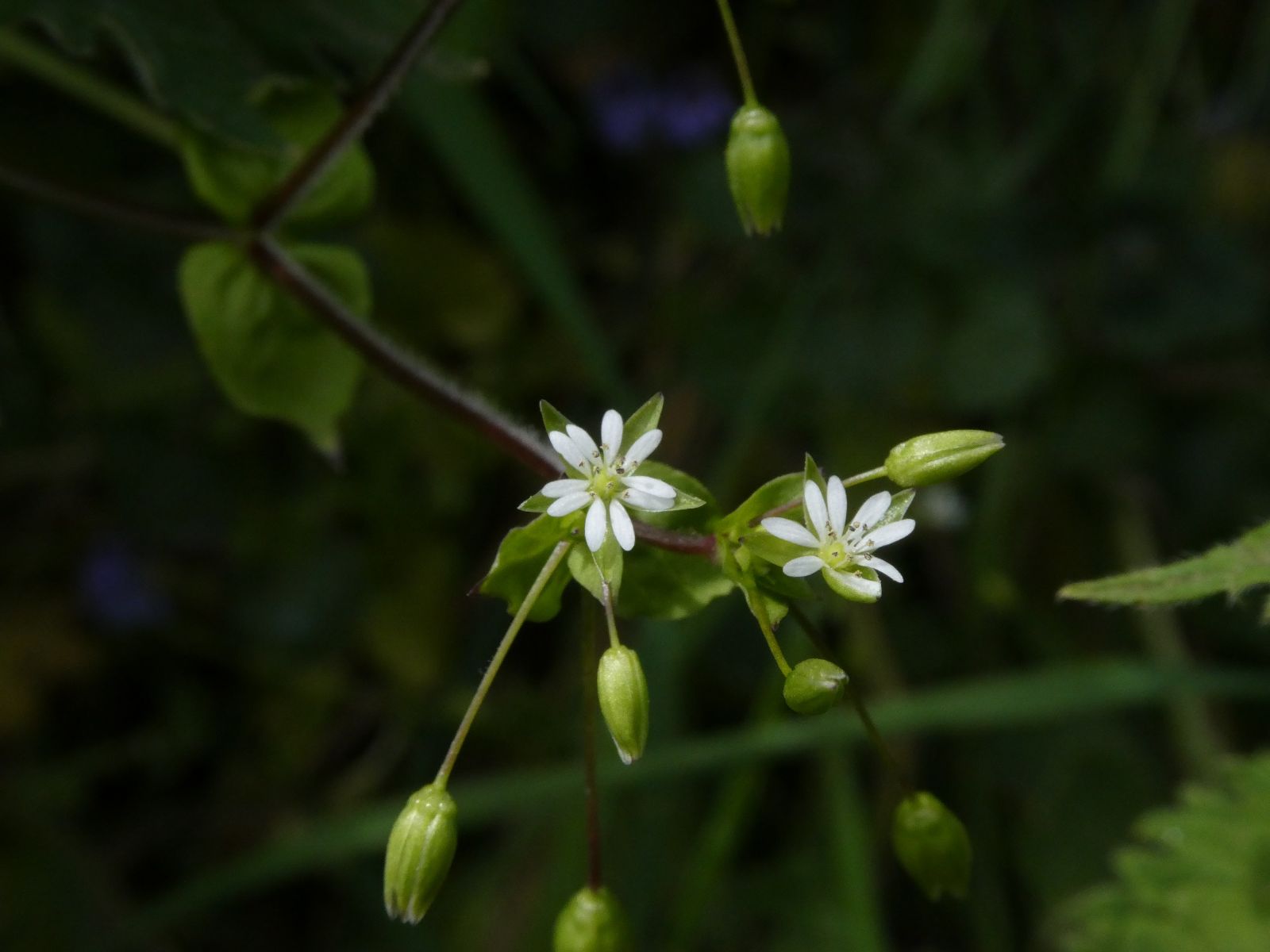