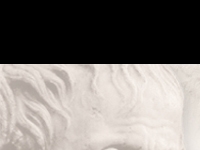 Aristotle, who was born in Stageira, Macedonia, in 384 BC, is the universal philosopher, whose work has left an indelible mark on the Classical, Hellenistic and Greco-Roman world, on the Byzantine scholarly tradition, on the Arab world, on the Medieval Europe and continues to exercise influence on the intellectual life of contemporary Western civilization.
He is the philosopher whose work spreads over the broadest range of topics, covering all major branches of Philosophy such as Logic, Dialectic, Syllogistic, Metaphysics, Political-Moral Philosophy, Rhetoric, Poetics and extending in an impressive way into areas related to all fundamental scientific disciplines, such as Physics, Biology, Zoology, Botany, Taxonomy, Mathematics, Meteorology, Astronomy, Geology, Psychology, Medicine, Economics, Humanities, Law and Political Science, Economics, Health Sciences and even Technological Sciences.