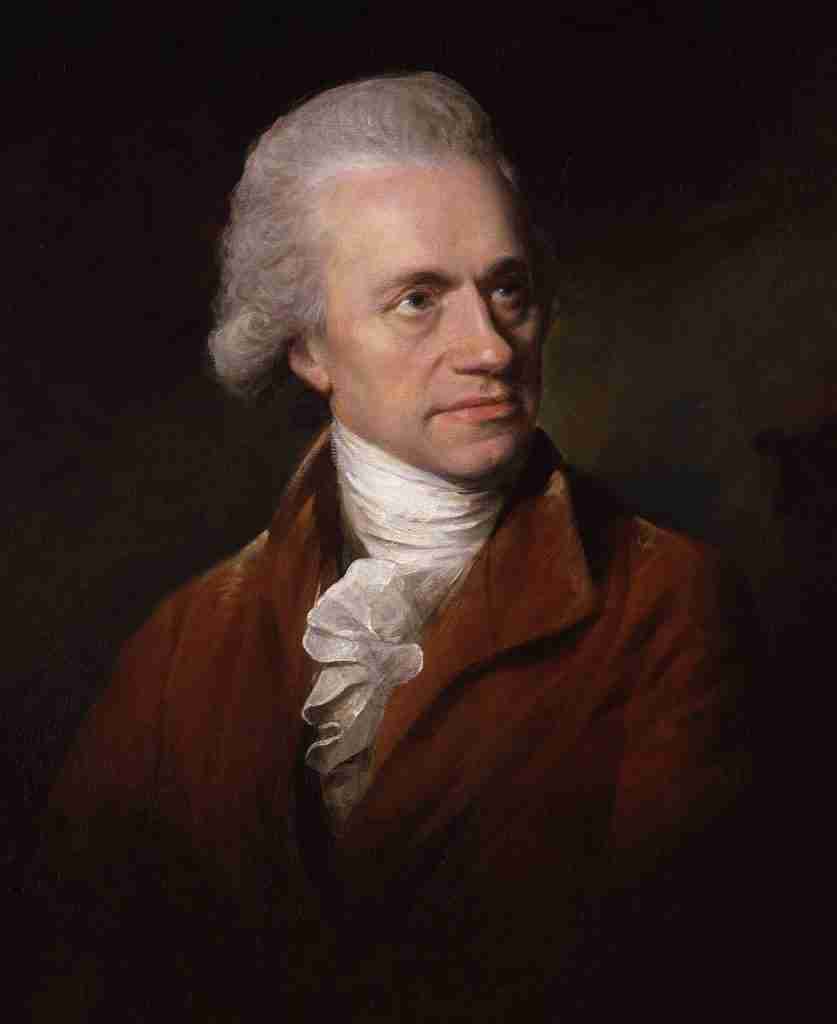 9.45: Mike Edmunds – The Context of William’s Life and Work

12.00 Sian Prosser – William and Caroline in their own words

17.00: Conference End. Thanks by Charles Draper, followed by closing drinks for those at BRLSI

Mike Edmunds – The Context of William’s Life and Work
The talk will be a brief outline of William’s life. It will be mainly told through timelines, to help orient participants and provide an historic context for William’s work.

Jim Bennett – William Herschel’s Telescopes
To fulfil his remarkable vision for a different kind of astronomy, Herschel had to revolutionise the reflecting telescope in two respects. Very different designs would be needed to mount and manage large metal mirrors. That side of his work is reasonably well-known; therein lay the spectacle that attracted visitors and admirers, while understanding design, structure and operation, though complex, was open to any mechanical mind. Preparing and finishing the reflecting surfaces of his mirrors, however, was probably a greater challenge, and his work in this respect is little understood, in spite of Herschel’s efforts to codify and disseminate his methods. It seems that it was just too difficult to communicate tactile skill in words.

Wolfgang Steinicke – William Herschel’s Astronomy
The lecture focuses on deep sky objects visually observed by William Herschel between 1774 and 1817. Although his most famous discovery was the planet Uranus, his later astronomical work covered many areas. William began searching for double stars to reveal their nature and distance, and later detected orbital motions. His lifelong goal was to uncover the structure of the Milky Way; for this, he used statistical methods using extensive star counts. The observational base was laid in the monumental sweep campaign (1783-1802) to find new nebulae and star clusters. In the end, 2500 objects were catalogued. Herschel’s observational and theoretical work influenced later generations of astronomers. All of this, however, was only possible with the support of William’s talented sister Caroline. She planned the observations, organised and analysed the data, and prepared the publication of the results.

Sian Prosser – William and Caroline in their own words
This paper will present a detailed examination of a selection of documents in the Herschel papers held in the archives of the Royal Astronomical Society, such as the Atlas Coelestis by John Flamsteed. As Ian Ridpath has pointed out, it has been heavily annotated by Caroline, William and John Herschel, and is an important witness to their observational work (1). We will also look at John Herschel’s 1781 account of his observation of a comet which we now know as the planet Uranus, and compare this with the fair copy of this discovery written up by Caroline decades later, to see what light this comparison sheds on the working relationship between the pair.
(1) Ian Ridpath, ‘Caroline Herschel’s star atlas’, Astronomy & Geophysics, 56:4, August 2015, pp. 4.16–4.17.
https://doi.org/10.1093/astrogeo/atv129

Bob Fosbury – IR Demo
While searching for a filter that would allow safe visual observations of the Sun, William Herschel performed experiments with a glass prism and thermometers to investigate the source of heat in sunlight that posed such a danger to the eye. He found that heat radiation continued beyond the red end of the spectrum. His interpretation of this discovery was controversial at the time and it was only 80 years later that it became part of mainstream physical science. We will have a tabletop demonstration showing the region of the spectrum that William revealed and will discuss the importance of this radiation for life. Some of the problems that arise from its absence in current forms of artificial lighting will be discussed.

Josh Nall – Wiliam Herschel and Georgian Views on extraterrestial Life
Belief in extraterrestrial (ET) life was far from unusual in Georgian Europe. One of its most powerful advocates was William Herschel, who maintained a lifelong interest in the search for evidence of ET life and whose commitment to its existence heavily influenced his wide-ranging research programmes. This talk will review Herschel’s work to find life on the Sun, Moon, and planets of our solar system, and consider this work’s influence on Georgian culture.

Michael Perryman – Giant Strides from Herschel to Gaia; mapping the Sky from Space
The pioneering star catalogues of William and Caroline Herschel led to the discovery of several thousand nebulae, of many hundreds of double stars, of the planet Uranus, of two moons of Uranus and two of Saturn, and to the important realisation that our Sun itself is moving through space. Today, two hundred years later, star positions thousands of times more accurate than the Herschels’ for more than a billion stars are revolutionising our understanding of our solar system, our Galaxy, and indeed of the Universe itself. The talk will trace out some of the steps along this remarkable journey of scientific discovery, and present some of the scientific results now occupying centre stage in Europe’s space science programme.

Mike Edmunds is Emeritus Professor of Astrophysics at Cardiff University and former Head of the School of Physics and Astronomy. He was educated at Cambridge, but has lived and worked in Wales for over 45 years. His research career involved the determination and interpretation of the abundances of the chemical elements in the Universe, and of the origin of interstellar dust. Later work has been in the history of astronomy, in particular the ancient Greek Antikythera Mechanism and the early history of the Royal Astronomical Society, of which he becomes President for two years in May 2022. He was a member of two UK Research Councils (PPARC and STFC). He can occasionally be seen in his one-man play about Newton – “Sir Isaac Remembers…”. He is proud to be a Vice-President of the Herschel Society and an Honorary Vice-President of the Society for the History of Astronomy.

Jim Bennett is Keeper Emeritus at the Science Museum, London, following a curatorial career in museums in Cambridge, Oxford and London. It was, however, his early employment as archivist at the Royal Astronomical Society, charged with organising a working archive from the disparate manuscript records at Burlington House, that fired his interest in the Herschels. His contribution to the conference owes everything to his time at the RAS.

Wolfgang Steinicke studied astrophysics and mathematics. He obtained a doctorate with a dissertation on Observing and Cataloguing Nebulae and Star Clusters: From Herschel to Dreyer’s New General Catalogue. His interest is focused on non-stellar objects, their data and historical sources. He is the author of ten books and has published more than 300 scientific papers. His latest work is titled William Herschel – Discoverer of the Deep Sky. He is a Fellow of the Royal Astronomical Society, Director of the History of Astronomy Section of the German Vereinigung der Sternfreunde, committee member of the Webb Deep Sky Society, member of the Herschel Society, Bath, and works for international associations. He organizes astronomy meetings and gives lectures all over the world.

Sian Prosser manages the library and archives of the Royal Astronomical Society, making them accessible to researchers and working with colleagues to use them in outreach and education activities. She previously worked in academic libraries in Leeds and Coventry. With a background in languages, Sian worked in logistics and export before completing an AHRC-funded PhD on French mediaeval manuscripts at the University of Sheffield. Sian completed her MA in Library and Information Studies at UCL in 2011, and returned in 2017 to complete the UCL Certificate in Astronomy, in order to better understand and interpret the RAS collections, and the people that created them.

Bob Fosbury is an astrophysicist who has used many large telescopes on Earth and in Space and worked at the European Space Agency for nearly 30 years on the Hubble project where he was also involved in some early developments of the James Webb telescope. He is now working with colleagues at UCL performing studies of vision, particularly with the ways in which light at different wavelengths (colour) interacts with life in both positive and negative ways.

Joshua Nall is Curator of Modern Sciences at the Whipple Museum of the History of Science, University of Cambridge. His research focuses on the history of the physical sciences in the eighteenth and nineteenth centuries. He has curated numerous exhibitions on subjects including ‘The Art and Science of Brewing’, ‘Science and Industry in Cambridge’, and ‘Astronomy and Empire’. His first book, News from Mars: Mass Media and the Forging of a New Astronomy, 1860- 1910, won the 2020 History of Science Society’s Philip J. Pauly Prize for the best first book on the history of science in the Americas.

Michael Perryman‘s career has been as a scientist with the European Space Agency, leading the development of astrometry (the measurement of accurate star positions) from space. He was Project Scientist for the pioneering Hipparcos space astrometry mission, from its adoption by ESA in 1980 to its completion and catalogue publication in 1997, including overall responsibility for the project after launch. As one of the co-originators of the Gaia mission, with Lennart Lindegren in 1993, he was the mission’s study scientist until its acceptance by ESA in 2000, and subsequently its Project Scientist until his retirement from ESA in 2008.

Allan Chapman has been interested in astronomical history for as long as he can remember, along with attempting to make replica instruments, including a Herschel-type reflector, using a shaving mirror, while a schoolboy. After a Secondary Modern schooling, and seven years of work, he got to Lancaster University, then to Oxford to do his doctorate, where he has been since 1972. He has always loved teaching, writing and broadcasting. He has been a life-long admirer of the Herschels, and felt deeply honoured to become Hon. President of the Herschel Society’.

Charles Draper was going to be an astronomer but spent his time at university doing too many other things and joined the MOD instead, though he remained a keen amateur observer. He retired from his Whitehall career in 2009, and returned to a more active role in astronomy in Bath, helping to revive Bath Astronomers from 2010, and since 2016 has been Chairman of what is now the Herschel Society.