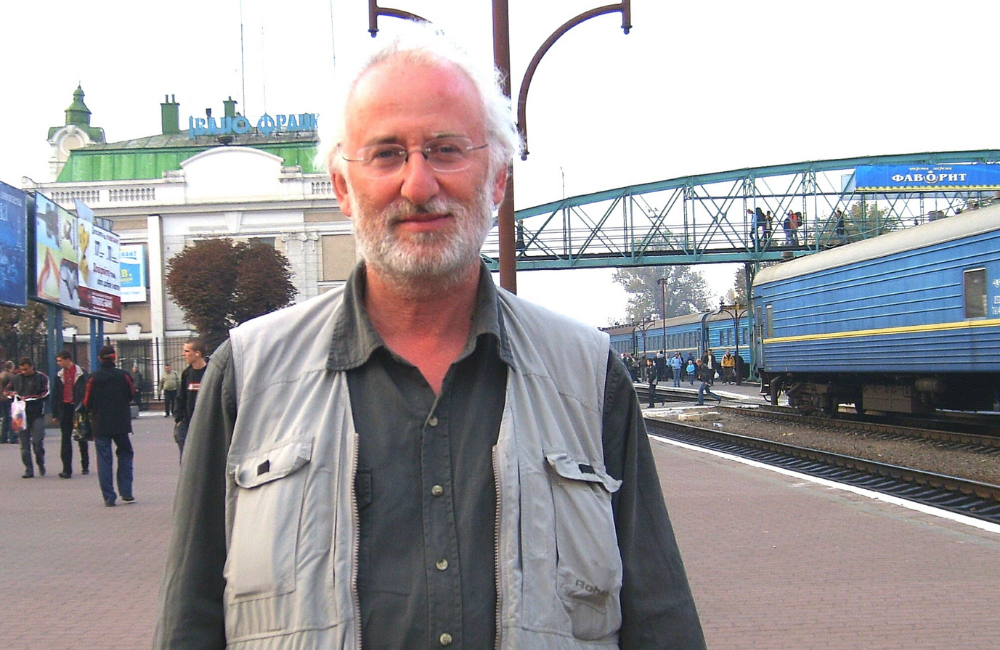 The making of “Keys: A Troubled Inheritance”

This is the story of a story: my grandfather’s story started in Austrian Ukraine in 1895, then soldiering at the Russian front in WW1, while my grandmother fled west to Germany. Their German-born daughter was expelled in 1938 with her parents, back to Ukraine. She escaped to England. But her family remained and were killed in Nazi-occupied Ukraine.

After the fall of the Berlin Wall, her son, a broadcast journalist, follows the family story back to Germany and Ukraine, encountering both perpetrators and protectors in the family story. His journey of discovery leads inexorably to Israel-Palestine, where he discovers perpetrators in his own family.

His current production, Keys: a troubled inheritance, uncovering the conflicted histories in his family inheritance, launches in 2022.

Image: Mike Joseph in the station in Ivano-Frankivsk in western Ukraine in 2006, having just met survivors of the Nazi occupation of Ukraine in 1941.