Time for another Big Read! In 1913 a young soldier discovers the terrible consequences of pity and social embarrassment when asking a girl who is lame to dance, he compensates with an afternoon visit to relieve his guilt. Set against the background of the disintegration of the Austro-Hungarian Empire, the story explores the line between compassion and love and the terrible consequences of muddling the one for the other. Betty Suchar who will be leading the discussion said ‘Beware of Pity by Stefan Zweig is the book for the March Big Read.  Stefan Zweig was the most popular writer in Vienna during the period covered in the upcoming Vienna Symposium scheduled for the 19-21 of March.  Vienna cultural life was essential to Zweig’s identity.  In this book he poses a variety of issues that produce an interesting discussion.
Each Big Read Session lasts approximately one hour and revolves around a 20 minute discussion of the novel by the session leader, before opening out to wider discussion with the group. Attendees will be sent starter questions in advance.
BOOKING THROUGH EVENTBRITE 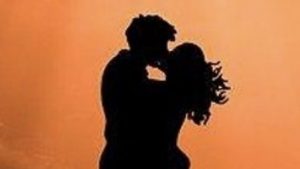