BLUESTOCKINGS IN BATH! WHO WERE THEY? 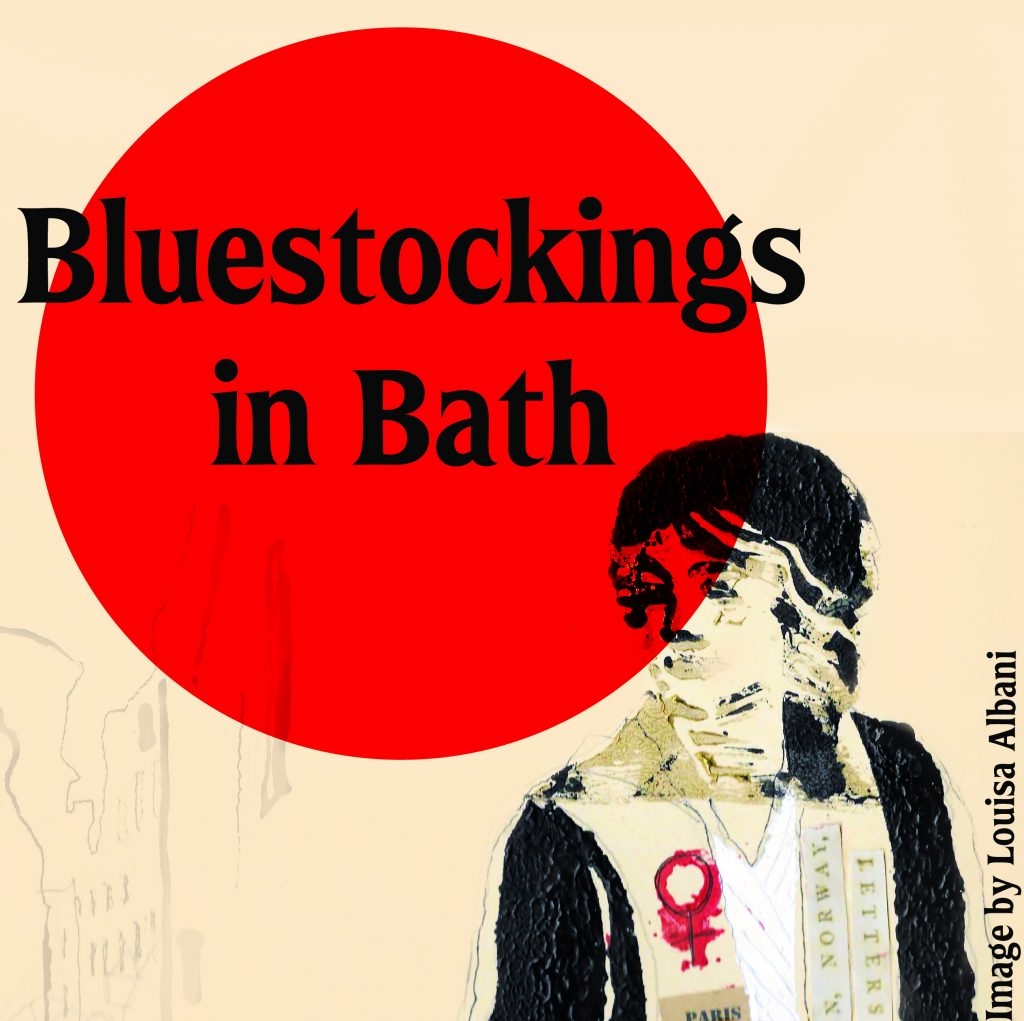 Ahead of our Bluestocking Salon at 2pm this Saturday 11th September, we thought you might just like to know a little bit more about the Bluestockings in Bath,  who they were and something about their accomplishments?

‘The Bluestockings’ was a term applied to a circle of educated, intellectual women who formed an informal literary society, meeting in their London homes.

Initially the lead was taken by a few privileged women who resented the lack of opportunity women had to develop their intellects and emphasised the importance of intelligent conversation, as opposed to the more prevalent entertainments of drinking, card playing and gambling. These salons encouraged women to write and to publish.

Richard Samuel painted a portrait of the Bluestockings, ‘The Nine Living Muses of Great Britain’, which includes Elizabeth Montagu and other prominent women. In the 1770s and 1780s the Bluestockings developed into a broader social and literary network, spreading out from London, and the term found its way into more general (often derogatory) usage, but the movement always enshrined the civilised values represented by friendship, charity and female education.

“The outrages of the powerful, the insolence of the rich, scorn of the proud, and malice of the uncharitable, all beating against the broken spirit of the unfortunate.”

Lady Elizabeth Montagu (circa 1718–1800) was called ‘Queen of the Blues’ by Dr Johnson. She hosted literary salons in Bath and London where she entertained visitors including Fanny Burney, Hannah More, Hester Thrale, Samuel Johnson, Joshua Reynolds, and Horace Walpole. Her childhood was spent in Cambridge where she received an extensive education at home. In 1742, she married Edward Montagu, grandson of the 1st Earl of Sandwich, who was thirty years her elder, but their only child died in infancy. Her single published work is ‘An Essay on the Writings and Genius of Shakespeare’ (1769). She lived in many places in Bath – The Royal Crescent, Edgar Buildings, Gay Street, Queen’s Parade, and The Circus.

“Government is a power delegated for the happiness of mankind, when conducted by wisdom, justice and mercy”

Catharine Macaulay (1731–1791) moved to Bath some years after her husband died. She lived in Alfred Street, Bath, where she hosted literary soirees and worked on her eight volume ‘History of England’, a popular history which received attention for its radical sentiments. She was something of an international celebrity, beloved and detested equally, but her reputation was damaged by her notorious second marriage to a man thirty years her junior. A champion of liberty, Mary’s stance was appreciated by a number of Americans, including George Washington, who invited her to visit Mount Vernon. She also profoundly influenced Mary Wollstonecraft with her ideas and willingness to stand up for her beliefs.

“Travelling is the ruin of all happiness. There’s no looking at a building here after seeing Italy.”

Fanny Burney (1752–1840) is often credited as being the ‘mother of English fiction’ but was also a playwright and a diarist. She kept a journal for 70 years from Georgian times until the early years of Victoria’s reign, commenting on the recreations, passions and manners of society. In 1791 she lodged briefly in Queen Square, Bath and, later, as Mrs D’Arblay, returned to live with her husband and son at 23 Great Stanhope Street. She is buried in St. Swithin’s Church, Bath with her husband and son.

“When we are alone, we have our thoughts to watch; in the family, our tempers; and in company, our tongues.”

Poet, playwright, campaigner, Hannah More (1745–1833) was influential in educational reform and active in the fight to abolish the slave trade. She argued that women were being denied a proper education, rendering them them unable to function properly in society, and so she set up a number of schools in Somerset. Her various books sold exceptionally well, and the income enabled her to develop her charitable projects. She lived at 76 Great Pulteney Street, Bath.

“A physician can sometimes parry the scythe of death, but has no power over the sand in the hourglass.”

Hester Thrale, later Mrs Piozzi, (1741–1821) was an author, diarist and patron of the arts. She married a wealthy brewer, Henry Thrale, in Soho in 1763 and they had 12 children. As prominent members of London literary society, they became close friends of Dr Samuel Johnson but eventually moved to Bath where Henry died in 1781. Hester’s friendship with Dr Johnson ended after her marriage in 1784 to a young music teacher, Gabriele Piozzi, which created disapproval among the Bluestocking circle. She and her husband lived at 8 Gay Street, Bath, later moving to a family estate in North Wales.

Join our celebration of the Bluestockings this coming Saturday and in the process meet some of the modern day variety!